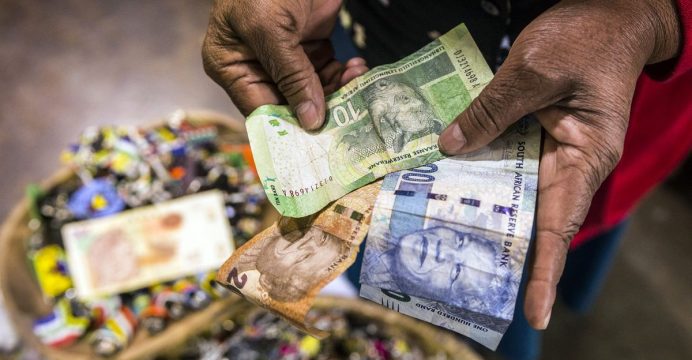 Skewed ownership patterns have made the Johannesburg Securities Exchange (JSE), which has been mostly lifted by the offshore earnings of a few companies, a prime target of political resentment in a country where the divisions between haves and have-nots still run largely along racial lines, reports Reuters.

Almost half of the market is foreign owned, according to JSE data, and black people who account for 80 percent of the population only hold 23 percent of the top 100 companies, much of it through the Public Investment Corporation (PIC) which manages the pensions of civil servants.

“There is white dominance and control of our economy. Today when you remove the ownership by the (PIC) pension fund from the stock exchange, the remaining 90 percent belongs to white families,” the leader of the far-left Economic Freedom Fighters party Julius Malema said at a weekend rally.

Those who don’t hold equities would include the vast majority of the 17 million people, a third of the population, who reside in the former Homelands, islands of rural poverty where most black South Africans were confined under white rule.

South Africa’s official unemployment rate is around 28 percent but widely regarded to be well over 40 percent and few of those without a job, the vast majority of whom are black people, would hold any shares.

The starkness of the divide is highlighted by the financial district of Sandton where the JSE is located: a bustle of construction activity where ornate office towers are being erected on every block and huge cranes reach skyward, a fitting metaphor for a market at historic highs.