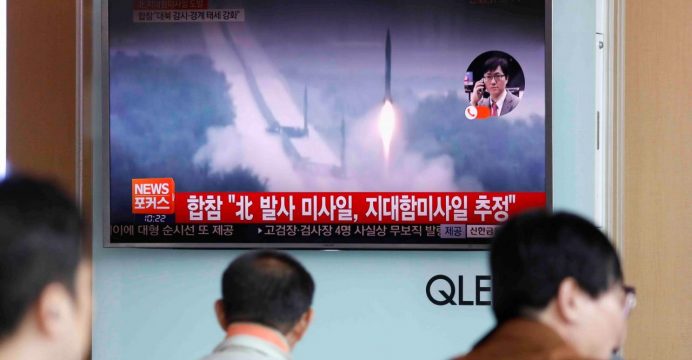 U.S. General Mark Milley, the chief of staff of the Army, said on Thursday that North Korea’s July 4 test of an intercontinental ballistic missile showed its capabilities were advancing significantly and faster than many had expected.

Milley, in remarks to the National Press Club in Washington, said there was still time for a non-military solution to the crisis caused by North Korea’s nuclear and missile programs, but cautioned that “time is running out.”

“North Korea is extremely dangerous and more dangerous as the weeks go by,” he said.

U.S. media reported this week that the Defense Intelligence Agency (DIA), the Pentagon spy agency, had assessed that North Korea would be able to field a nuclear-capable ICBM by next year, earlier than previously thought.

However, two U.S. officials said some other analysts who study North Korea’s missile program did not agree with the assessment, although there was no question that Pyongyang had moved further and faster in its efforts, reports Reuters.

U.S. officials said on Tuesday they had seen increased North Korean activity that could be preparations for another missile test within days.

After its July 4 test, North Korea said it had mastered the technology needed to deploy a nuclear warhead via the missile. It also said the test verified the atmospheric re-entry of the warhead, which experts say may be able to reach the U.S. state of Alaska.

North Korea has made no secret of its plans to develop a nuclear-tipped missile capable of striking the United States and has ignored international calls to halt its weapons programs.

The vice chairman of the U.S. Joint Chiefs of Staff, General Paul Selva, said last week that North Korea did not have the ability to strike the United States with “any degree of accuracy” and that while its missiles had the range, they lacked the necessary guidance capability.