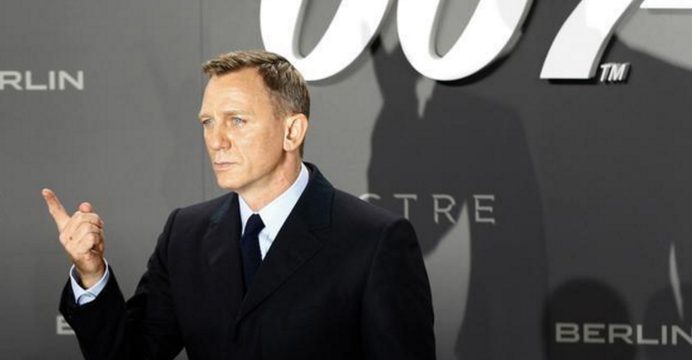 James Bond is returning to movie theaters in November 2019, producers said on Monday, but they did not say who will play Britain’s most famous fictional spy.

Eon Productions and MGM studios said in a statement that the 25th Bond film will be released in U.S. theaters on Nov. 8, 2019, with a slightly earlier release in Britain.

They gave no title, casting or other details.

Britain’s Daniel Craig has played Bond in the last four films, including 2012’s “Skyfall” and 2015’s “Spectre.” The 2015 film took some $880 million at the global box office, according to film tracker BoxOfficeMojo.com.

His reprisal of the role for a fifth time has been the subject of much speculation after the actor said in 2015 that he would rather slash his wrists than play Bond again.

Callum McDougall, the executive producer of the Bond film franchise, told Britain’s BBC Radio last year that Craig, 49, was “absolutely the first choice … We would love Daniel to return as Bond.”

Meanwhile, actors such as Idris Elba, Tom Hiddleston and Tom Hardy have all been named as potential candidates to step into the fast cars and sharply tailored suits of Bond, MI6’s secret agent 007.