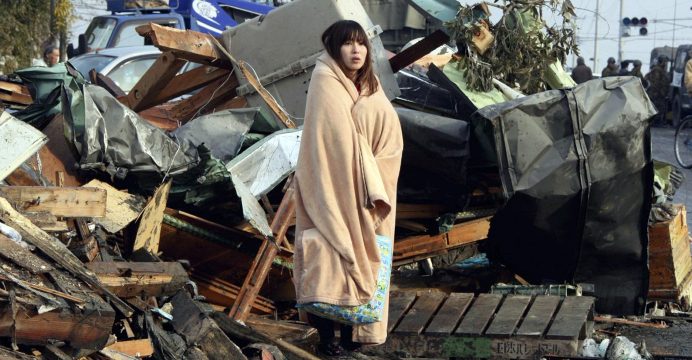 But spare a thought for Tokyo 2020 organisers, who face the added risk of a devastating earthquake or tsunami.

Japan is already stepping up efforts to reassure top athletes and hundreds of thousands of visitors when they flock to Tokyo for the Games, which begin on July 24, 2020, that safety will be paramount.

Tokyo and its surrounding areas sit precariously at the junction of shifting tectonic plates and have suffered violent quakes in the past, notably the 1923 Great Kanto Earthquake that killed more than 100,000 people.

In 2011, a giant quake and tsunami which killed more than 18,500 people in northeast Japan — though the majority died as a result of the latter rather than the earthquake itself.

The disaster left millions in the Tokyo area to cope with rolling power blackouts and a wide-scale breakdown of transportation.

It also triggered a nuclear meltdown at Fukushima, 240 kilometres (150 miles) northeast of Tokyo.

Naoshi Hirata, head of the Earthquake Prediction Research Center at the University of Tokyo, believes a powerful quake before the 2020 Olympics could even cripple Tokyo’s ability to host the event.

“If an earthquake directly hitting the capital caused catastrophe before the 2020 Tokyo Olympics, it could be serious enough to prevent the Japanese economy from functioning properly,” Hirata told AFP.

“We would have little option but to seek an alternative Olympic host.”

Tokyo and neighbouring Yokohama topped a list of global quake or tsunami- risk metropolitan areas, according to a 2013 survey by insurance firm Swiss Re.

“But Tokyo is one of the best-prepared for natural disasters.”

Many venues are reinforced by shock-absorbing technology, they say, such as the $320 million Ariake volleyball arena, which features giant rubber cushions.

“Japan is vulnerable to earthquakes, but building standards are the strictest in the world,” said Satoru Sunada, a Tokyo government official in charge of Olympic facilities.

“We will do everything possible to prepare venues so that we can safeguard people’s lives in Tokyo in the event of a major earthquake.”