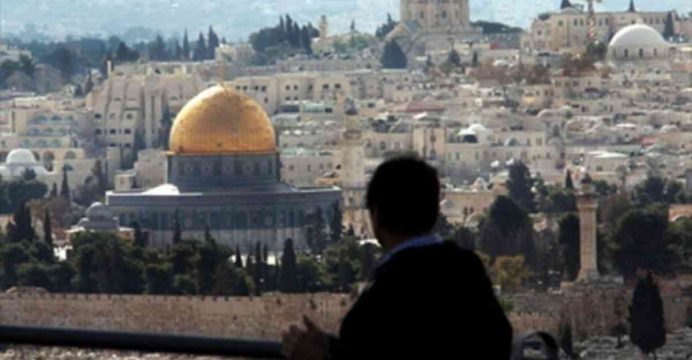 Israel reopened Jerusalem’s Noble Sanctuary-Temple Mount compound on Sunday, drawing a protest by Muslim religious authorities over the installation of metal detectors at entrances two days after a deadly shooting.

On Friday, three Arab-Israeli gunmen shot dead two Israeli policemen on the outskirts of the holy site, holy to Muslims and Jews, and were then killed by security forces. It was one of the most serious attacks in the area in years.

That move prompted anger among Muslim worshippers and was condemned by Palestinian religious and political leaders, Jordan and the Organization of Islamic Cooperation.

Two of the nine gates to the site, known to Muslims as Noble Sanctuary and to Jews as Temple Mount, were back in operation in what Israel described as a gradual reopening.

Leaders of the Muslim religious trust that runs the site urged worshippers not to pass through the metal detectors, describing them as a violation of a delicate status quo with Israel and held a prayer service next to the devices.

This article has been posted by a News Hour Correspondent. For queries, please contact through [email protected]a
No Comments