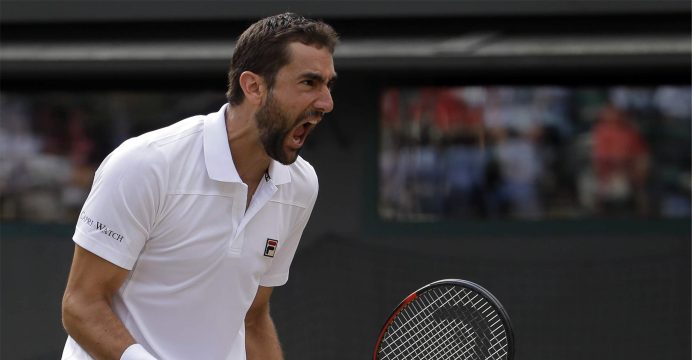 Marin Cilic into final with hard-fought win over Querrey

Fans who may have been disappointed that neither Rafa Nadal or Andy Murray featured in the last four were given plenty of compensation by a high-quality match lasting just under three hours.

Cilic will face the winner of Friday’s other semi-final between seven-times Wimbledon champion Roger Federer and Czech Tomas Berdych.

Querrey, looking to be the first American to reach the final at the All England Club since Andy Roddick in 2009, had played three five-set games to reach the semi-final stage, including his quarter-final win over Murray, and he could well have taken the Croat into a decisive set.

But serving to save the match, he double-faulted and made two unforced errors before Cilic sealed victory with a forehand winner on match point.

The 28-year-old raised his arms to the sky in triumph as he celebrated becoming the first Croatian to reach the men’s singles final at Wimbledon since Goran Ivanisevic in 2001.