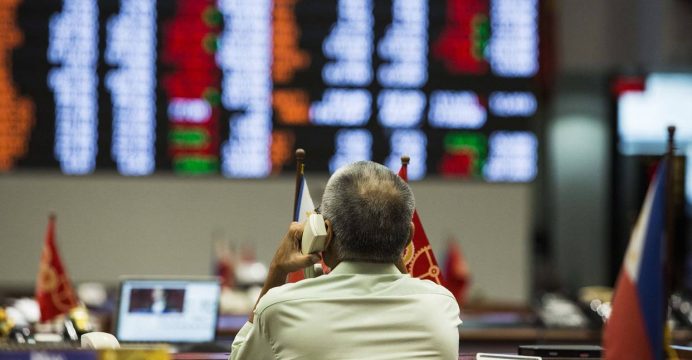 Wall Street extended losses in early afternoon trading on Thursday with all three major indexes on track to post their biggest one-day drop in a month as a selloff in technology stocks deepened.

Tech stocks, which have led the S&P 500’s record run this year, pulled back recently after some investors questioned the sector’s high valuations and shifted to defensive sectors.

The S&P tech index .SPLRCT led the laggards among the 11 sectors, with the index on track to post its biggest monthly loss in a year, reports Reuters.

Apple (AAPL.O), which fell 1.8 percent, was the biggest drag on all the three major indexes, while Alphabet (GOOGL.O), Microsoft (MSFT.O) and Amazon (AMZN.O) were among the top three drags on the Nasdaq and the S&P.

The financial sector .SPSY, which rose as much as 2.02 percent, before paring gains to trade up 0.31 percent, was one of the only two gainers.

Shares of the top six U.S. banks rose after the Federal Reserve cleared them in the second part of its annual stress test, allowing them to raise dividend payouts and share buybacks.

“Part of the reason why tech is down today is the steam in the recent rotation out of some of big tech winners and into banks,” said Michael Scanlon, portfolio manager at Manulife Asset Management in Boston.

“The catalyst for that rotation today is the really strong stress test results coupled with higher treasury rates this morning and a positive GDP revision, leading investors to move into financial which has underperformed this year.”

The financial index has grown about 6 percent this year, underperforming the 8.1 percent rise in the S&P.

Earlier in the day, data showed the U.S. economy slowed less sharply in the first quarter than initially estimated due to unexpectedly higher consumer spending and a bigger jump in exports.

Oil prices rose to a two-week high, extending the rally into the sixth straight session, after a decline in weekly U.S. production eased concerns about deepening oversupply, helping the energy sector post a gain of 0.38 percent. [O/R]

Among stocks, Rite Aid slumped as much as 30 percent to a near four-year low after Walgreens Boots Alliance  terminated its agreement to buy the drug store chain and said it would instead buy nearly half of its stores for $5.18 billion.