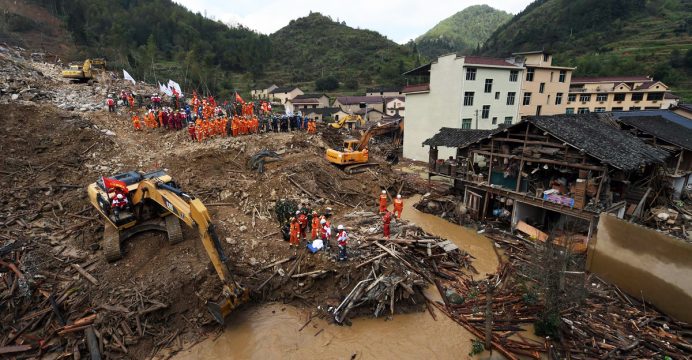 Fifteen people were killed in a landslide in southwest China’s Sichuan Province on Saturday and about 100 were believed to be still buried in the debris and feared dead, state media said.

The landslide swept over more than 60 homes as dawn broke in Xinmo, a remote village in north Sichuan province.

Rubble slid 800 meters (half a mile) down a steep slope to block a 2 km stretch of river and 1.6 km of road, official state news agency Xinhua said.

More than 1,000 workers were involved in the rescue effort, including more than a hundred medical staff, reports Reuters.

Xinhua, quoting rescue headquarters, said 15 bodies had been retrieved from the debris by Saturday night.