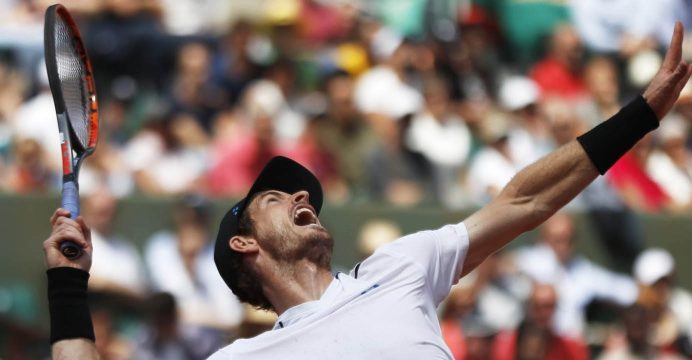 Top seed Andy Murray gave Karen Khachanov a two-hour tennis lesson in the French Open fourth round on Monday before predicting a top-20 place for the rising Russian this year.

Khachanov matched Murray for power on a sunny Court Philippe Chatrier but was second-best in every other department as the 30-year-old world number one mastered him 6-3 6-4 6-4 to reach the quarter-finals at Roland Garros for the seventh time.

In doing so, he clocked up a 650th Tour-level victory.

Murray made only one unforced error in the first set, won 75 percent of his second-serve points and clinically took advantage every time the 21-year-old Khachanov was betrayed by his lack of grand slam experience. 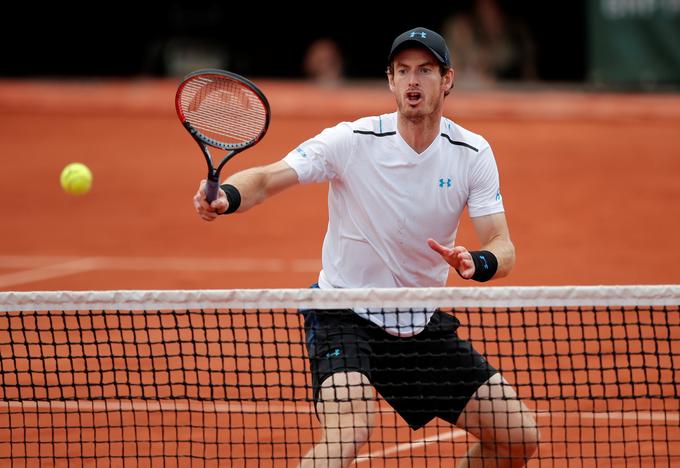 In his first match against a world number one, the 1.96-metre tall Khachanov cracked down 34 clean winners to Murray’s 29 but it was all to no avail as the Briton kept him at arm’s length to seal a clash with eighth seed Kei Nishikori.

After a torrid build-up to the tournament when he could not buy a victory followed by scratchy four-set victories in the opening two rounds, Murray has timed his return to form perfectly, taking down former U.S. Open champion Juan Martin del Potro in straight sets, then ousting Khachanov.

“Each match I feel I played better. I’ve hit the ball cleaner and started to see the right shots at the right moments.”

That was the case when he swiped a forehand return past Khachanov at 2-3 in the first set to carve out his first break point which he converted thanks to a double-fault.

Another ill-timed Khachanov double-fault gave Murray an early break in the second set, although a couple of errors off the Murray forehand allowed the Russian to break back for 3-3.

Murray quickly broke again to seize control and looked comfortable throughout the third set in which he again broke twice.

The Scot, however, was impressed by Khachanov’s game.

“I think by the end of this year, you know, top 20, top 25, and then from there, who knows?,” said Murray, well aware of the grind needed to reach the very top levels.

“In my opinion, he has a very good coach in Galo Blanco. Pretty much everyone he’s worked with, he’s helped them a lot.”

Immediately after the contest ended with a Khachanov error, Murray’s thoughts turned to the attacks in London on Saturday that left seven people dead.

“It was a terrible tragedy in London and also in Manchester only a few weeks ago,” he said.

“Paris has had some problems in the last few years and I’m sure everyone will join me in sharing the fact that our thoughts and prayers are with those affected by this.”