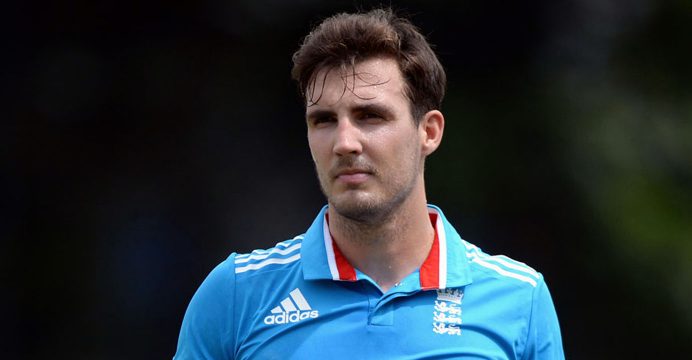 England fast bowler Steven Finn hopes to make the most of his late call-up to Champions Trophy duty when the tournament hosts face New Zealand in Cardiff on Tuesday.

Finn was left out of England’s original squad for a tournament featuring the world’s top eight one-day international teams.

But the 28-year-old Middlesex quick was recalled Sunday after pace bowling all-rounder Chris Woakes broke down with a side strain after during England’s opening eight-wicket win over Bangladesh at the Oval on Thursday.

“It’s always frustrating when you are left out of squads, but you have to roll with the punches,” Finn told reporters in Cardiff on Sunday.

“If you get too down-hearted it can affect you more.

“I just focused on keeping my head up and fighting my way back into the team.”

He added: “It’s obviously very sad for Chris Woakes, who is a good friend of mine, but I am glad that I’ve got the call.”

Finn could well go straight into England’s XI in Cardiff if, as happened against Bangladesh, they opt to play just the one spinner.

He sealed his return to international duty on the back of taking two wickets in front of the selectors for the second-string England Lions in a 144-run win over South Africa A at Northampton on Saturday.