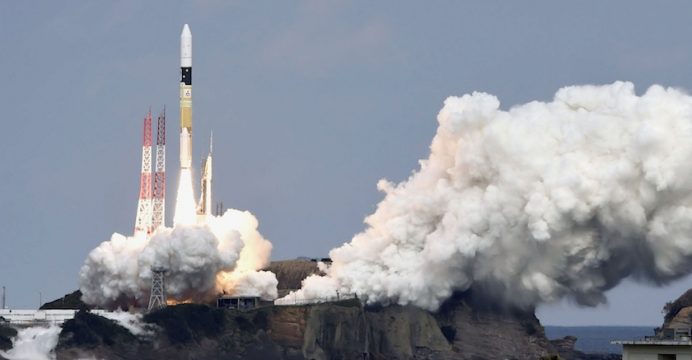 Japan on Thursday launched a satellite to help build a high-precision geolocation system that will complement the US-operated GPS.

A H-IIA rocket blasted off at 9:17am (0017 GMT) from the Tanegashima space center in southern Japan carrying the “Michibiki” No.2 satellite, footage by Japan Aerospace Exploration Agency showed.

Japan aims to build its version with four satellites focusing on the country and wider region. The first satellite was put into orbit in 2010 and the third and fourth to be launched by March 2018 to start the service.

The Michibiki system can cover the Asia-Oceania region and works with the US-operated Global Positioning System (GPS).

Michibiki, meaning guidance in Japanese, is intended for civilian use, with a claimed positioning accuracy down to mere centimeters (inches).

Though GPS is widely used in Japan, having supplementary satellites is important in a country where mountainous terrain and high buildings may interfere with GPS signals. Japan aims to establish a constellation of seven satellites by around 2023.