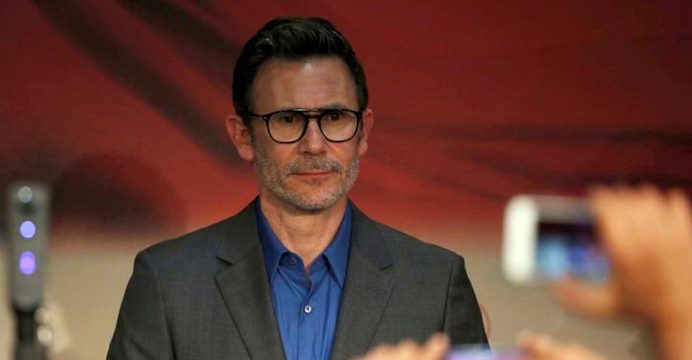 A biopic at Cannes about Jean-Luc Godard, the closest thing French cinema has to a living god, might be expected to be worthy and respectful, but “Redoubtable” is anything but – portraying the director as a childish, spiteful bore.

After scooping Oscars in 2012 for his silent movie pastiche “The Artist”, Michel Hazanavicius has provoked disciples of Godard, the darling of art-house cinema since New Wave classics such as 1960’s “Breathless” who is still making challenging avant-garde films.

The debate over Godard spilled onto the stage at a news conference in Cannes, with the lead actor accusing the director of being “absurd” by suggesting most people “don’t give a damn” about the filmmaker.

“Redoubtable” portrays Godard’s marriage to Anne Wiazemsky, 16 years his junior, as the student revolt grips Paris in 1968 and the filmmaker rejects his earlier work and that of his contemporaries and plans to make films with a Maoist collective.

In scenes reminiscent of Woody Allen’s “Stardust Memories”, Godard is fawned over by fans who show little interest in his new direction and ask when he is going to start making funny movies again. 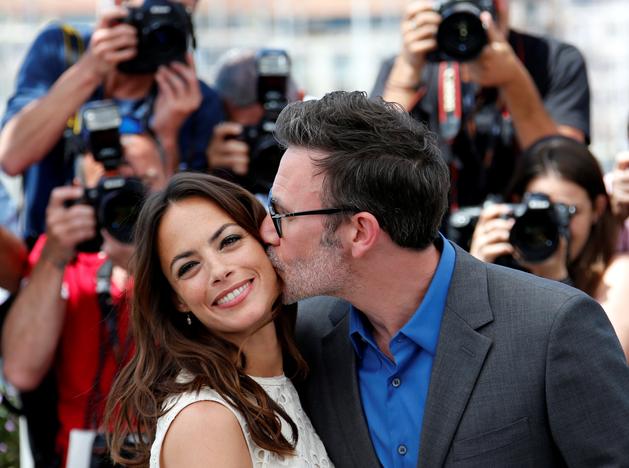 The film moves from the riots of Paris to the beaches of Cannes where Godard succeeds in getting that year’s festival stopped in respect for the political crisis, but to the despair of a friend who had hoped to screen a movie there.

Hollywood Reporter said “Redoubtable” takes “a knowing if rather breezy approach to the major turning point in a brilliant, and still active, artist’s life.”

“Although the film manages some disarming insights into the man’s complex makeup and difficult behavior … serious cinephiles will likely reject it as glib and disrespectful, while more mainstream viewers could be amused but not that interested.”

Godard is played by 33-year-old Louis Garrel, the son of Philippe Garrel, a director who followed in the footsteps of Godard and other New Wave filmmakers. The actor admitted being reticent about taking on the role.