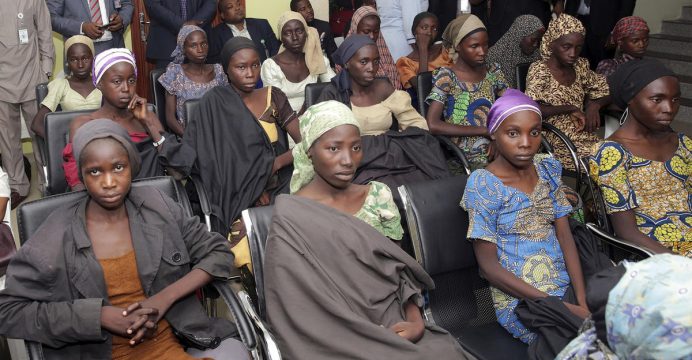 Islamist militants of the Boko Haram group have released 82 schoolgirls from a group of 276 they abducted in north-eastern Nigeria three years ago, the president’s office says.

They were handed over in exchange for Boko Haram suspects after negotiations.

The girls will be received by President Muhammadu Buhari in Abuja on Sunday, a statement said.

The abduction of the so-called “Chibok girls” triggered a global outcry and sparked a huge social media campaign.

Before the latest release, about 195 of the girls were still missing.

The 82 schoolgirls are now in the custody of the Nigerian army and were brought by road convoy from a remote area to a military base in Banki near the border with Cameroon, reports the BBC’s Stephanie Hegarty from Lagos.