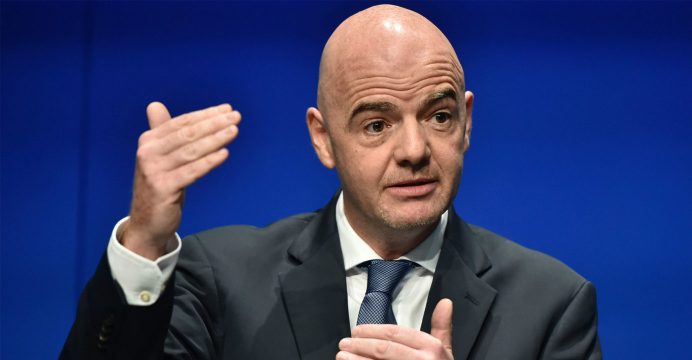 FIFA gathers in Bahrain under a fresh cloud

Two years on from the corruption crisis which consumed FIFA, football’s governing body meets for its latest annual Congress in Bahrain this week still far from free of suspicion.

It was May 2015 in Switzerland, as delegates prepared for that year’s Congress, when plain-clothes officers pounced and arrested scores of FIFA officials.

The ramifications of that are still being felt — with ongoing investigations in the US and Switzerland — and 24 months later fresh problems are emerging for the still relatively new leadership of president Gianni Infantino.

The run-up to this year’s event in Manama, on May 11, has been overshadowed by the resignation from the FIFA council of powerbroker Sheikh Ahmad al-Fahad al-Sabah, who is facing corruption allegations in the US.

Kuwaiti Sheikh Ahmad has been named as a co-conspirator of disgraced Guam football chief Richard Lai, who recently pleaded guilty to receiving nearly $1 million in bribes from football officials wanting his help to influence FIFA.

Sabah’s prominence across sport cannot be underestimated, as he also heads the Association of National Olympic Committees, the Olympic Council of Asia and has other senior sport administration posts, including with the Asian Football Confederation (AFC).

Issues on FIFA’s agenda this week could also prove contentious.

Item 16 is a proposal to look at how FIFA allocates its most prestigious tournament, the World Cup.

Under current rules, the event cannot be staged in the same region more than once every 12 years.

However, any change to this policy could allow football’s emerging power, China, to make a bid for the 2030 tournament, just eight years after its AFC colleague, Qatar, controversially hosts the 2022 World Cup.

Any such move is likely to be challenged by Argentina and Uruguay which wants to jointly host the tournament in 17 years’ time to mark the centenary of the very first World Cup, played in Montevideo.

Another contentious issue is that of Israel and Palestine.

The Palestine Football Association argues that the presence of six Israeli clubs on its territory is in breach of FIFA statutes, which forbids another member association playing on another territory without permission.

Israel argues that FIFA rules are unenforceable as there is no permanent border.