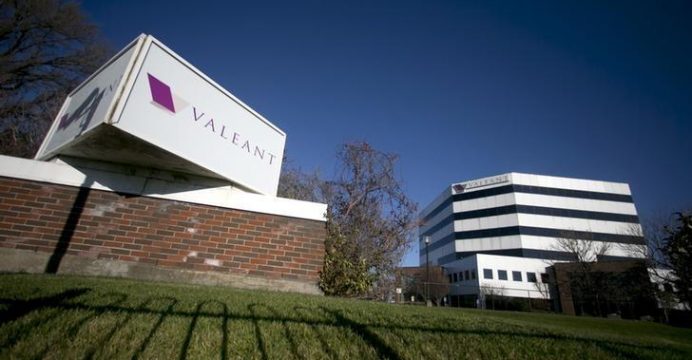 Canadian drugmaker Valeant Pharmaceuticals International Inc said it had priced its recently approved plaque psoriasis treatment at $3,500 per month, ahead of an expected U.S. launch in the second half of 2017. Siliq is the lowest priced injectable biologic psoriasis treatment currently on the market, Valeant said on Friday.

The treatment, which blocks a cell receptor known as interleukin-17 to tamp down inflammation, will compete with a host of existing IL-17 inhibitors including Cosentyx from Novartis AG and Taltz from Eli Lilly & Co, reports Reuters.

Looks like Valeant has sought to price this reasonably relative to Taltz and Cosentyx, Stifel analyst Annabel Samimy told Reuters.

Taltz is priced at about $6,000 per month, while Cosentyx at $5,400 per month as per the recommended dosing schedules, she said.

“But this is only list price – it’s neither here nor there unless you know the rebates provided to payers. But optically, looks like Siliq is the better value based on the price and relative efficacy.”

Siliq will also compete with other classes of drugs used to treat psoriasis such as Amgen Inc’s Enbrel, Johnson & Johnson’s Remicade and AbbVie Inc’s Humira.

Valeant is trying to regain investor confidence following a tumultuous year in which its pricing strategy and ties to a specialty pharmacy led to a wider political and regulatory scrutiny. The Canadian drugmaker’s U.S.-listed shares were up about 1 percent at $8.98 in early trading on Friday.

Siliq secured U.S. approval in February, but the Food and Drug Administration slapped on its label a black box warning – the most severe given by the agency – calling attention to the risk of suicidal thoughts and behavior. About 7.5 million in the United States suffer from psoriasis, according to the American Academy of Dermatology.

The disorder, characterized by raised, scaly skin patches, can be associated with other conditions, including diabetes and heart disease.