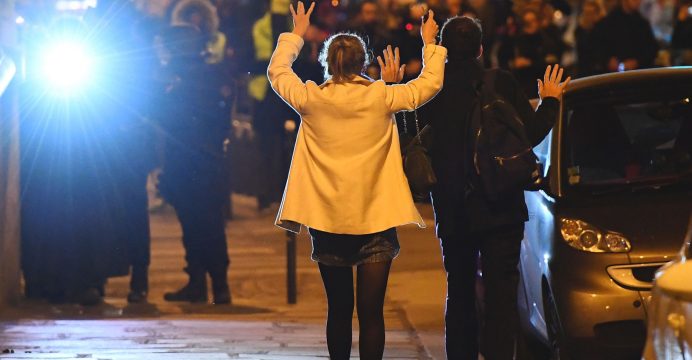 The gunman, identified as Karim Cheurfi, opened fire on a police vehicle parked on the Champs Elysees in Paris late on Thursday, killing one officer and injuring two others before being shot dead.

The attack, which was claimed by Islamic State, overshadowed the last day of campaigning for Sunday’s presidential election first round, reports Reuters.

Cheurfi, 39, a French national who lived with his mother in the eastern Paris suburb of Chelles, had been convicted for previous gun attacks on law enforcement officers going back 16 years.

Police found a note defending Islamic State near his body and believe he had “opened fire on the officers in the knowledge he would be killed by them”, a source close to the investigation said.

In addition to the assault rifle used in the attack, a pump action shotgun and knives were in his car, the police sources said. Three of his family members have been placed in detention, the French interior ministry announced on Friday.

Cheurfi served 10 years in prison after firing on two plainclothes officers in 2001 as they tried to apprehend him in a stolen car. While in detention, he shot and wounded a prison officer after seizing his gun.

Released on probation in 2015 from a further two-year jail term imposed for lesser offences, Cheurfi was arrested again in February after threatening to kill police officers – but released for lack of evidence.

A French interior ministry spokesman initially confirmed on Friday that a second man was being sought, based on information from Belgian security services.