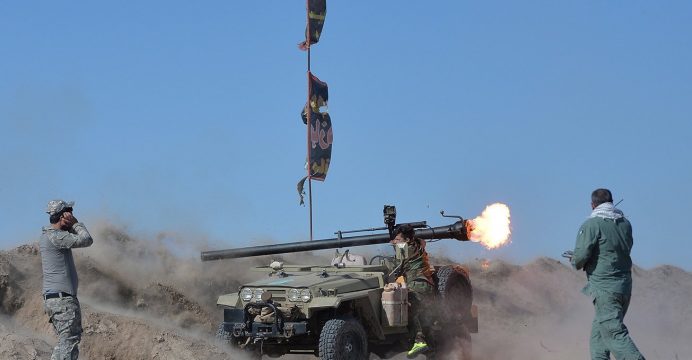 A group of Qatari hunters – including members of the ruling family – have been freed 16 months after being kidnapped in Iraq, officials say.

The Iraqi interior ministry said “all 26” were in Baghdad and would be handed over to a Qatari envoy.

The hunters were abducted by gunmen in a desert area of Iraq near the Saudi border in December 2015.

A large-scale search was launched but very little information was known about the group’s whereabouts or condition.

What’s known about the kidnapping?

The group was seized in December 2015 while on a licensed hunting trip near the border with Saudi Arabia.

The hostages were abducted when gunmen swept into their camp at dawn in four-by-four vehicles.

The hunting party is widely believed to include one or several more prominent members of the Qatari royal family, although they have not been identified.

They were hunting the Asian houbara bustard, akin to a small turkey, using falcons trained to home in on their quarry.

Why are they being released?

Their release is believed to be connected to a complex deal in Syria involving the evacuation of four besieged towns, which was announced earlier this week.

However, the interior ministry has not provided details confirming this.

The Guardian newspaper has reported that an Iraqi militia with strong ties to Iran, a key backer of the Syrian government and its ally Hezbollah, was holding the Qatari hunters.

A Qatari royal and a Pakistani man were freed earlier this month.

Also on Friday, a spokesman for Ahrar al-Sham told Reuters that the Syrian government was going to to release 500 prisoners into rebel-held territory, as part of a swap deal.

What is the ‘four towns’ deal?

It is an agreement to end the sieges of four towns – two surrounded by pro-government forces, two by rebel and Islamist fighters – in eastern Syria.

Foah and Kefraya are mainly Shia Muslim, government-held towns, close to the border with Lebanon, which have been besieged since March 2015.

Madaya and Zabadani are rebel-held towns in the north-east, which have been besieged since June 2015 by the Syrian army and fighters from Lebanon’s Shia Muslim Hezbollah movement.

Conditions have been desperate, especially in Madaya and Zabadani, with severe shortages of food, medicine and fuel. International aid deliveries have been infrequent and required careful negotiation. Government air drops have eased the situation in Foah and Kefraya somewhat.