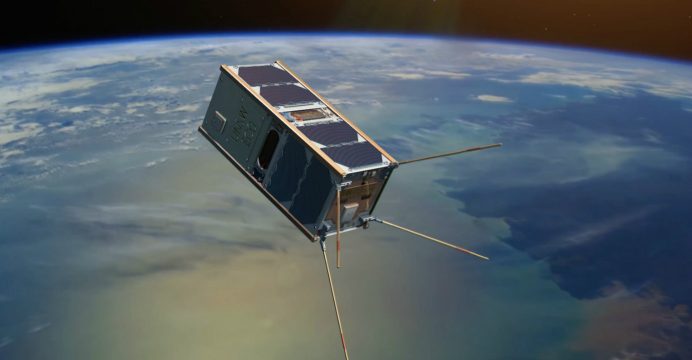 Three Australian satellites have been launched successfully on Wednesday, heading to the International Space Station (ISS) where they will be deployed to study the Earth’s thermosphere.

The three satellites were launched from the Cape Canaveral Air Force Base in the United States overnight, and are part of a wider 28-satellite strong international mission to investigate a part of the earth’s atmosphere, reports BSS.

The Australian satellites were developed as part of a joint enterprise between a number of local universities, with the UNSW-EC0 satellite being built by the University of New South Wales (UNSW), along with Sydney University’s INSPIRE-2 co-developed with UNSW and the Australian National University, and SuSat from universities in South Australia.

UNSW-EC0 project leader and deputy director of the Australian Centre for Space Engineering (ACSER) Elias Aboutanios told Xinhua on Wednesday that the launch, and now the wait, is a very emotional experience.

“I am very, very excited, but a little bit nervous of course until they actually get to the ISS, but this has been the culmination of a five year project,” Aboutanios said.

The mission is a milestone for Australia, and marks the first satellite put into space by the country in over 15 years, with only one other currently in space that was launched in 1967. Director of ACSER Professor Andrew Dempster said the historical significance of the launch was not lost on the scientists.

“There have only been two before: Fedsat in 2002 and WRESAT in 1967. So we’ve got more hardware in space today than Australia’s had in its history,” Dempster said.

The three satellites will be deployed by the ISS in two parts, with the SuSat and INSPIRE-2 launching in May, while the UNSW-EC0 casting off from the ISS on June 17 to begin its trip to the earth’s thermosphere. The thermosphere is a layer of the earth’s atmosphere that sits below the exosphere, and above the mesosphere, and is located from around 90 km high, to all the way to roughly 500 to 1000 km above the planet.

According to Aboutanios, this part of the atmosphere is “poorly understood” and “really hard to measure,” and yet it is crucial as this region of the earth’s protective layer is where the majority of X-Ray and ultraviolet rays from the Sun strike the earth.

The UNSW-EC0 satellite itself is fitted with an Ion Neutral Mass Spectrometer, a device that works by having random atoms strike the onboard detector, and in the process, be stripped of electrons allowing the instrument to assess their elemental composition.

The practical applications of the data gathered will be immense, and Aboutanios explained that this layer of the atmosphere affects not only the behavior of satellites already in orbit, but weather conditions on earth.

“The thermosphere is the point where a lot of the cosmic radiation and solar radiation impacts the earth’s atmosphere, and it actually shields us from a lot of this damaging radiation,” Aboutanios said.

“It is crucial to our understanding of our world.”

Lauding the launch, Australian Minister for Defence Industry Christopher Pyne said the mission will be a boon for universities and science in Australia, while performing a crucial role in our understanding of an often ignored region of our atmosphere.

“The experiments are aimed at increasing our understanding of outer atmospheric effects on small satellites and improve our situation awareness of space,” Pyne said.