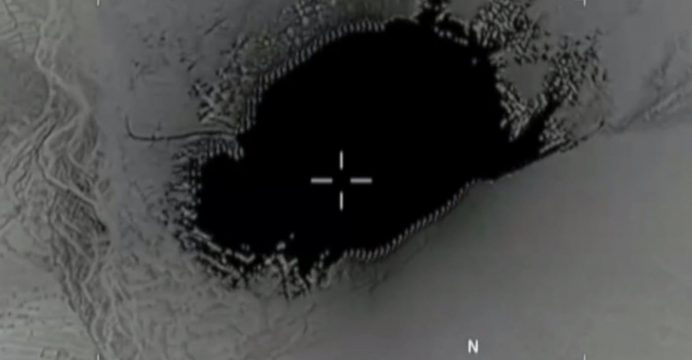 U.S. general: ‘Right time’ to use huge bomb in Afghanistan

The top U.S. military commander in Afghanistan said on Friday that the decision to deploy one of the largest conventional bombs ever used in combat was purely tactical, and made as part of the campaign against Islamic State-linked fighters.

As many as 36 suspected Islamic State militants were killed in the strike on Thursday evening in the eastern province of Nangarhar, Afghan defense officials said, adding there were no civilian casualties, reports Reuters.

Amaq, the news agency affiliated with Islamic State in the Middle East, carried a statement denying that the group had suffered casualties in the attack, citing an unidentified source who had been in contact.

The statements could not be independently verified, and on Friday Afghan and foreign troops in the vicinity were not allowing reporters or locals to approach the scene of the blast.

The strike came as U.S. President Donald Trump prepares to dispatch his first high-level delegation to Kabul, amid uncertainty about his plans for the nearly 9,000 American troops stationed in Afghanistan.

Nicknamed “the mother of all bombs,” the weapon was dropped from an MC-130 aircraft in the Achin district of Nangarhar, bordering Pakistan.

Nicholson said he was in constant communication with officials in Washington, but the decision to use the 21,600-pound (9,797-kg) GBU-43 bomb was based on his assessment of military needs and not broader political considerations.

“This was the first time that we encountered an extensive obstacle to our progress,” he said of a joint Afghan-U.S. operation that has been targeting Islamic State since March.

“It was the right time to use it tactically against the right target on the battlefield.”

Afghan and U.S. forces were at the scene of the strike and reported that the “weapon achieved its intended purpose,”, Nicholson said.

Afghan Defence Ministry spokesman Dawlat Waziri said no civilians were harmed in the massive blast that targeted a network of caves and tunnels that had been heavily mined.

“No civilian has been hurt and only the base, which Daesh used to launch attacks in other parts of the province, was destroyed,” Waziri said in a statement.

He was using an Arabic term that refers to Islamic State, which has established a small stronghold in eastern Afghanistan and launched deadly attacks on the capital, Kabul.