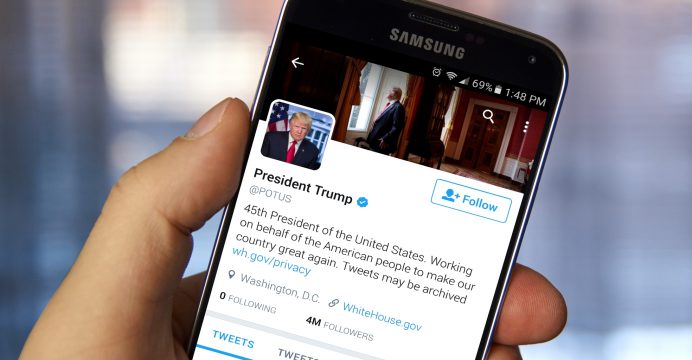 Twitter Inc on Thursday filed a federal lawsuit to block an order by the U.S. government demanding that it reveal who is behind an account opposed to President Donald Trump’s tough immigration policies.

Twitter cited freedom of speech as a basis for not turning over records about the account, @ALT_uscis. The account is claimed to be the work of at least one federal immigration employee, according to the lawsuit filed in San Francisco federal court, reports Reuters.

The acronym U.S. CIS refers to U.S. Citizenship and Immigration Services, and the account describes itself as “immigration resistance.” Trump has vowed to build a wall along the U.S. border with Mexico and has promised to deport millions of illegal immigrants.

Following Trump’s inauguration in January, anonymous Twitter feeds that borrowed the names and logos of more than a dozen U.S. government agencies appeared to challenge the president’s views on climate change and other issues. They called themselves “alt” accounts.

Twitter spokesman Nick Pacilio declined to comment on whether the government had demanded information about other accounts critical of Trump.

Twitter, which counts Trump among its active users, has a record of litigating in favor of user privacy.

“The rights of free speech afforded Twitter’s users and Twitter itself under the First Amendment of the U.S. Constitution include a right to disseminate such anonymous or pseudonymous political speech,” Twitter said in the lawsuit.

The Department of Homeland Security, which is a defendant in the lawsuit, declined to comment on pending litigation. The Justice Department, which typically represents federal agencies in court, and the White House had no immediate comment.