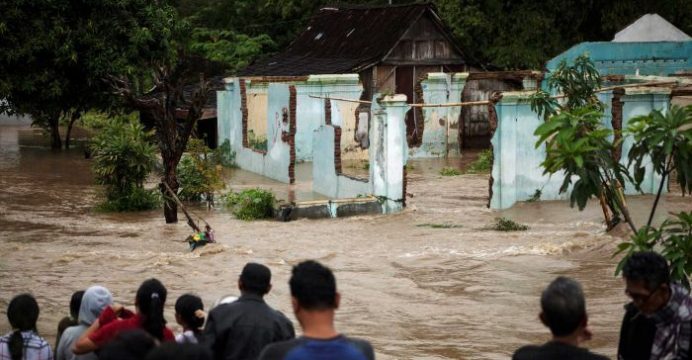 Five people were killed and hundreds of others displaced after flash floods hit Padang Sidempuan of North Sumatra province in western Indonesia on Sunday night, an official of disaster agency said on Monday.

Evacuation and rescue for affected people have been underway in several parts of the province, said Sutopo.