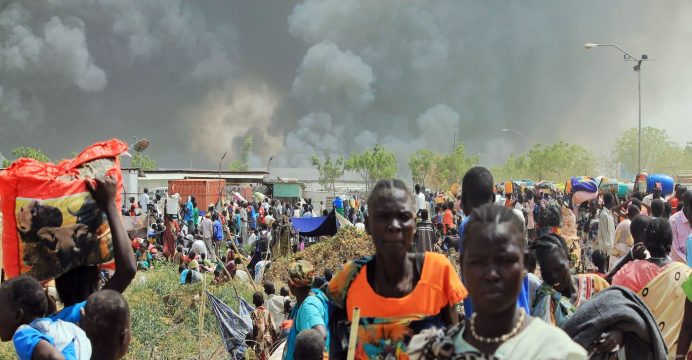 Six aid workers killed in an ambush in South Sudan

Six aid workers were killed in an ambush in South Sudan on Saturday while traveling from the capital Juba to the town of Pibor, the United Nations said on Sunday, without specifying if they worked for the U.N. or giving other details.

It was the highest number of aid workers killed in a single incident since the country’s civil war began in December 2013, a U.N. statement said. At least 79 aid workers have been killed since then. This year, at least 12 have died and at least eight humanitarian convoys have been attacked, reports Reuters.

“I am appalled and outraged by the heinous murder yesterday of six courageous humanitarians in South Sudan,” U.N. humanitarian coordinator for South Sudan Eugene Owusu said in the statement.

“I implore all those in positions of power to step up to their responsibilities and stop this, as they are ultimately accountable for what happens under their watch. There is no safety when attacks are met with silence and inaction.”

U.N. monitors have found President Salva Kiir’s government is mainly to blame for the catastrophe in his country which – in less than six years of independence – has collapsed into a chaotic ethnic war, with an epidemic of rape and a famine in parts of the country.

It was not clear if Saturday’s ambush was linked to recent violence in Pibor, where youth groups belonging to the Lango and Kurene clans clashed on March 21-22, prompting armed civilians to take up defensive positions near a U.N. base.

The U.N. said on Saturday that 800 to 1,000 civilians ran from Pibor town to the U.N. site for protection on Thursday. Indian peacekeepers shielded them and two U.N. helicopters and a civilian aircraft that were offloading at the airstrip.