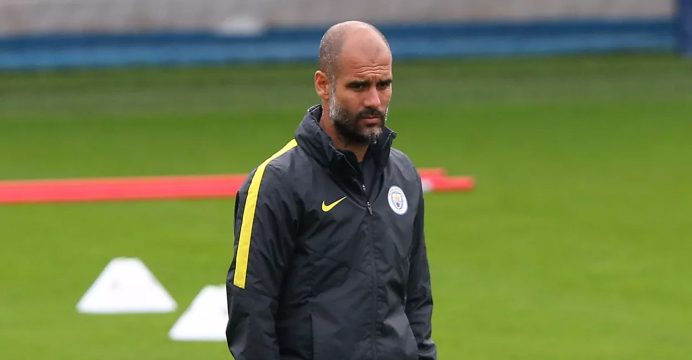 Sharper finishing is all that is required to take Manchester City to the next level, manager Pep Guardiola said after his side’s 1-1 draw with Liverpool.

Guardiola’s cavalier approach came under scrutiny after City fell to a 3-1 defeat at Monaco last week that saw them eliminated from the Champions League on away goals after a 6-6 aggregate draw.

Sergio Aguero’s 69th-minute equaliser meant City emerged with a point from Sunday’s ding-dong battle with Liverpool, but Guardiola said his forwards’ lack of ruthlessness was holding the team back.

“When you score goals, after that the game is in our hands and you have more control,” he said.

“We have clear chances in front of the goalkeeper and we don’t score goals. That’s why you cannot compete with the top teams.

“To achieve that target, you have to be clinical.”

City squandered a glut of chances late on, with Aguero particularly culpable, but despite identifying his side’s profligacy as a key failing, Guardiola said there was nothing he could do to improve it.

“In my career I was a football player 11 years and I scored 11 goals. One goal a year,” he said with a smile.

“So can you imagine what advice I can say to Sergio and the other guys about scoring goals? I don’t think so.

“I think the managers can (coach) the defensive, the high pressing, the build-up. Every manager has his own things.

“But the box is the box. How you defend one cross is the quality because you are good at headers. When you score a goal it’s because you have that talent.”

That City avoided defeat also owed much to an alert defensive display by oft-criticised centre-back John Stones, who produced two important blocks either side of half-time.

“John Stones has more personality than all of us here together in this room. More balls than everyone here,” Guardiola told reporters at the Etihad Stadium.

“I love him. Under pressure, the people criticise him, so I am delighted to have John, with all the huge amount of mistakes he has.”