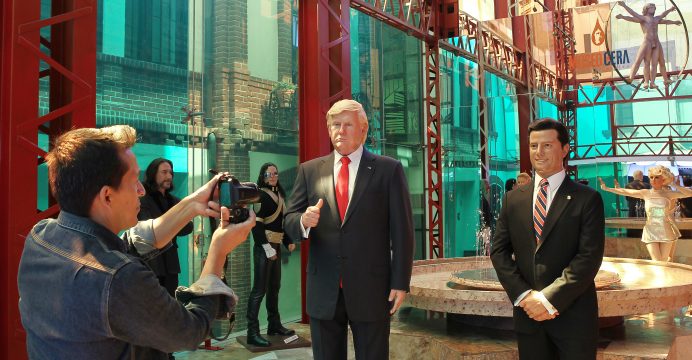 In Trump era, some Mexican migrants head north – to Canada

Shortly after crossing the Rio Grande into the gang-infested border city of Reynosa, dozens of Mexicans deported during U.S President Donald Trump’s first days in office said they would soon try to head north again – but this time to Canada.

In a Reynosa migrant shelter, just yards from the U.S. border, 26-year-old Cenobio Rita said he had earned about $3,000 a month installing playgrounds in Richmond, Virginia, before he was deported on Feb. 15 after police found marijuana in his car, reports Reuters.

Having left Mexico as a 14-year-old, he fretted about returning to his violent home state of Michoacan. With Trump taking a tough stance on undocumented immigrants, he ruled out a common path for many deportees – back into the United States.

“I want to go to Canada with my passport,” he said. “For those without documents, I think (the United States) is over. Now it’s Canada’s turn.”

As Trump seeks to crack down on undocumented immigrants in the United States, about half of whom are Mexican, there are some nascent signs that more Mexican migrants see a future in Canada, which in December eased travel for visitors from Mexico.

Canadian government data shows a tripling of Mexicans seeking to travel to Canada in the three months since the visa requirement was shelved.

It is not a firm indicator as many people could be genuine tourists. But tie it to a surge in calls and emails to immigration lawyers from recently arrived Mexicans looking for work permits, as well as the accounts of deportees like Rita and Mexicans already in Canada, and it suggests a new migration pattern may be emerging.

Seven immigration lawyers, consultants and activists told Reuters that requests for legal advice from Mexicans who had entered Canada since Dec. 1 had roughly tripled compared with the same period in 2015-2016.

Between December and late February, Canada has granted more than 61,500 eTAs (Electronic Travel Authorization forms) to Mexicans, about triple the number of quarterly tourist applications received in the year before the visa requirement was scrapped, official Canadian data shows. The true scale of Mexican immigration will only become fully apparent in June, when early arrivals on these eTAs are due to leave.

Flight bookings from Mexico to Canada also swelled 90 percent in January and February versus the same period in 2016, according to travel analysis company ForwardKeys, which reviews all major travel agency bookings. It is unclear what percentage of those bookings were made by people looking to work illegally in Canada.

Marcela Gonzalez’s telephone and Facebook page may be a good indicator. The immigration paralegal in Toronto used to receive four calls a month from Mexicans in Canada, before Trump’s election and the new visa-free travel.

“Now I get four in less than 10 minutes,” from people wanting to know how to get work permits and permanent residency, she said.

Gonzalez said 200 Mexicans looking for immigration advice wrote to her on Facebook on a recent day, including parents already in Canada asking her how to enroll their children in local schools.

The Mexican government did not respond to requests for comment for this story. The Mexican embassy in Canada said both countries would work together to “promote secure and lawful travel between our two nations.”

“We will carefully monitor migration trends regarding Mexican travelers to Canada, including asylum claim rates,” said Camielle Edwards, spokeswoman for Immigration and Refugee Minister Ahmed Hussen, when asked if Canada had noted a rise in Mexican migration.

Reuters spoke to about 30 Mexicans in Reynosa who had been deported the previous night. More than half said they wanted to head to Canada. While it is unclear how many will succeed, almost nobody envisaged a future in the United States.

But tough border checks, hard-to-find jobs and fine-tuned enforcement policies mean it can be hard to enter and harder to stay.

In 2015, Victor Avila, a 37-year-old architect from Oaxaca, returned home voluntarily from the United States after five years working illegally in Freehold, New Jersey. Shocked by the low wages in Mexico and traumatized by the local murder of his brother, he applied for an eTA.

Avila arrived in Toronto a few weeks ago and found work in a restaurant. He was in the process of applying for a work visa, but said he would stay on illegally for a year if it wasn’t granted.

“I think for many of us in Canada, there’s no other option but to stay and work illegally,” he said.