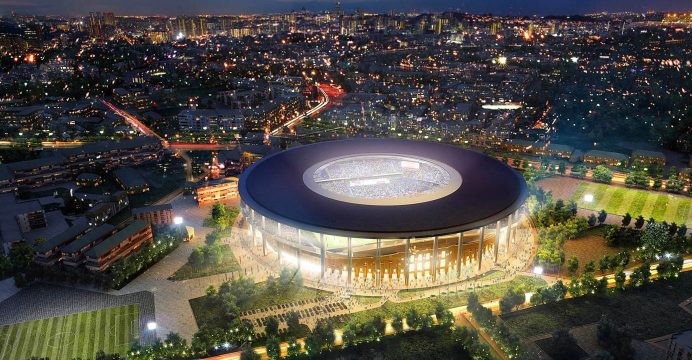 No reason to move World Cup from Russia

FIFA secretary general Fatma Samoura on Thursday said there were no reasons to move the 2018 World Cup from Russia.

“The World Cup bid process was fair and there are no reasons to take away the event from Russia,” the top FIFA official told media at the ceremony that marked the 100 days before the Confederations Cup kick-off. reports BSS.

The ceremony took place at Saint Petersburg’s newly-built stadium, where construction began in 2007 but was only finished in December after spiralling bills and missed deadlines.

The futuristic spaceship-shaped 68,000-seater is set to hold the opening and final games of the Confederations Cup and will also stage World Cup matches in 2018.

“Today’s ceremony showed how much Russia wants to stage the best Confederations Cup and the World Cup in history. FIFA also did everything possible to avoid a boycott and we succeeded in that,” Samoura said.