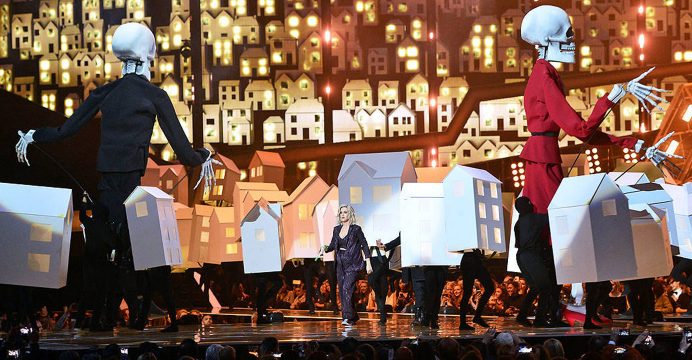 A performance by Katy Perry at the Brit Awards on Wednesday saw skeletons wearing outfits matching those of US President Donald Trump and his British counterpart Theresa May.

Pop superstar Perry took to the stage at London’s O2 Arena to perform “Chained To The Rhythm”, surrounded by dozens of white houses.

She was joined on stage by puppeteers carrying two huge skeletons dressed in outfits similar to those worn by Trump and May during their meeting in Washington last month.

The British premier faced criticism at home for becoming the first foreign leader to meet Trump at the White House, hours before he announced a ban affecting all refugees and anyone from seven Muslim majority countries. 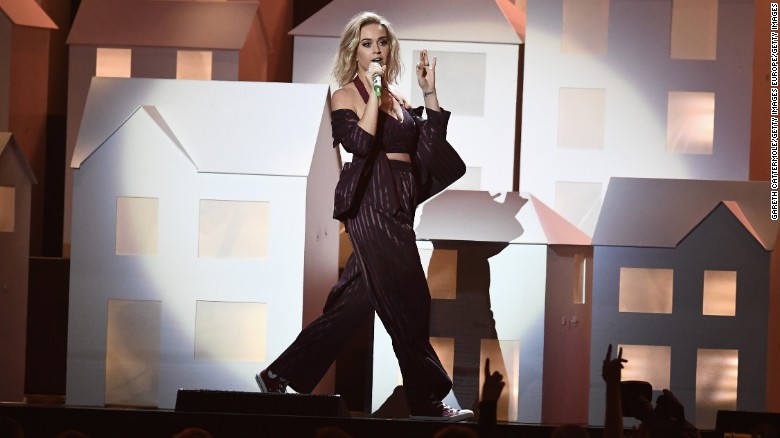 At the Brit Awards one skeleton wore a dark suit and red tie, while the other was kitted out as a woman in a red suit and matching shoes.

Their similarity to the world leaders did not go unnoticed, sparking a flurry of comments on social media.

The performance dominated the front page of British tabloid the Daily Star, with the headline: “Katy’s Brit of a horror show – Perry has a pop at Trump & May.”

The Mirror branded it a “controversial Brits performance” in which Perry “slams Theresa May”.

Perry was one of the top celebrity backers of Hillary Clinton’s unsuccessful presidential campaign and earlier this month wore a “Resist” armband during a performance at the Grammy Awards.