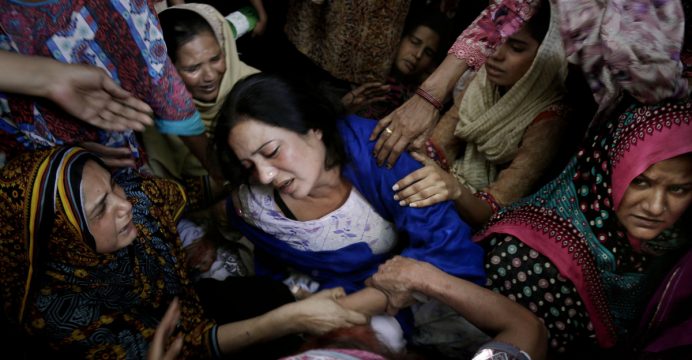 More than 70 people were killed when a suicide bomber detonated explosives at a crowded Sufi shrine in southern Pakistan on Thursday, a police official said.

Senior police officer Shabbir Sethar told Reuters from a local hospital that the death toll was likely to rise.

“At least 72 are dead and over 150 have been injured,” Sethar said by telephone, reports Reuters.

The attack on Lal Shahbaz Qalandar shrine in the town of Sehwan Sharif is the largest of a wave of bombings to hit Pakistan this week as the Pakistani Taliban and other radical Islamist militants carry out threats of a new offensive.