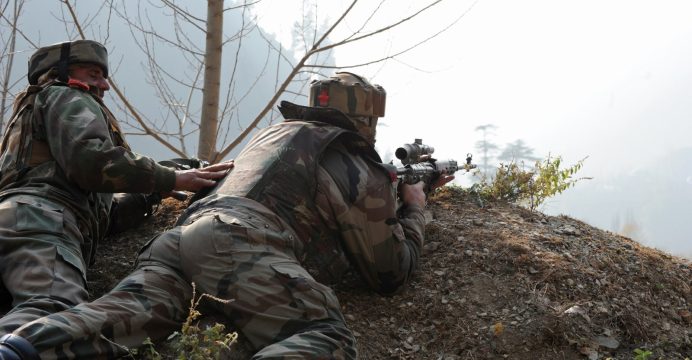 Four militants and two Indian soldiers were among seven people killed in a gun battle in Kashmir on Sunday, a police spokesman said, the latest sign of increasing tension in the Himalayan region disputed by nuclear-armed neighbors India and Pakistan. 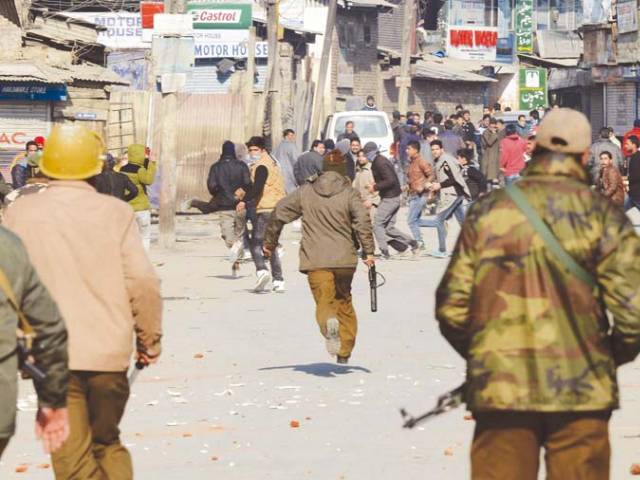 Militants opened fire on army troops in the village of Prisal south of Srinagar, the summer capital of India’s state of Jammu and Kashmir, S.P. Pani, the deputy inspector general of police, told Reuters.

“Two army men, four militants, and a civilian, the house owner, were killed in the gun battle,” Pani added, referring to the building where the militants had holed up.

Three soldiers were injured in the exchange of fire.

The army seized four weapons from the site of the encounter in the village, which security forces had cordoned off, army spokesman Rajesh Kalia said.

India has blamed Pakistan for stoking violence in Kashmir by supplying fighters and material across the border, but Pakistan has denied these charges.

The violence peaked last year after Burhan Wani, a 22-year-old separatist leader who enjoyed widespread support in the Muslim-majority region, was shot dead by Indian security forces in July.