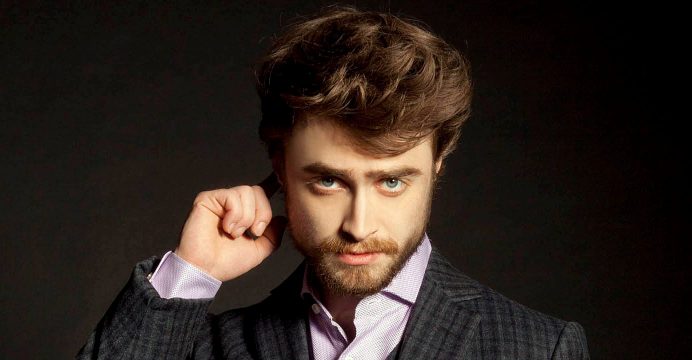 “Harry Potter” star Daniel Radcliffe has plenty of stage experience – even famously appearing nude in “Equus” – but the British actor still gets nervous before each performance.

“[I] get a bit twitchy and nervous,” Radcliffe said. “You need nerves, you need that. If you don’t feel that then why are you here? That’s exciting. That’s fun.”

Taking inspiration from “Hamlet”, Radcliffe, 27, will return to the London stage in a 50th anniversary celebratory production of Tom Stoppard’s “Rosencrantz & Guildenstern Are Dead” later this month.

The play is a mind-bending situation comedy in which two minor characters, Rosencrantz (Radcliffe) and Guildenstern (Joshua McGuire), stumble in and out of the action of Shakespeare’s iconic drama, all while having an identity crisis.

“They don’t know who they are, where they are, why they’re there, what they’re meant to be doing,” McGuire said in an interview with Reuters about the two characters. “They know something is going on with Hamlet and they don’t want to die.”

“It is like this incredible canvas for amazing ideas to be discussed – ideas about fate and chance and do we control our own fate or is it all just chaos,” Radcliffe said.

“Rosencrantz & Guildenstern Are Dead” opens at the Old Vic Theatre in London on Feb. 25 and runs until April 29.

Radcliffe’s stage experience also includes singing and dancing in “How to Succeed in Business Without Really Trying” starring in “The Cripple of Inishmaan.”