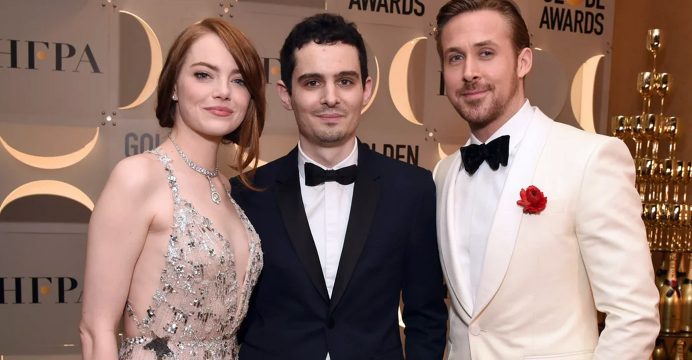 Hollywood directors named Damien Chazelle the best film director of 2016 for “La La Land” at a gala ceremony on Saturday, placing the musical in a strong position for the movie world’s top honors, the Oscars, later this month.

Past DGA feature film award winners have often gone on to claim the best director Oscar and see their films win best picture from the Academy of Motion Picture Arts and Sciences. 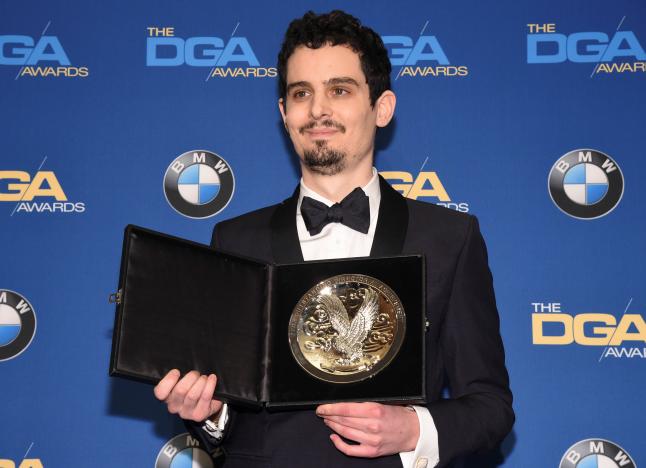 It was Chazelle’s first DGA win and first nomination for only his third feature film, which scored a record-tying 14 Oscar nominations last month, including best picture and best director for Chazelle.

So far this year industry awards from the Producers Guild and now the DGA have gone to “La La Land”, a musical set in Los Angeles starring Ryan Gosling and Emma Stone which now appears to be the odds-on Oscars favorite.

The Oscars will be handed out in Hollywood on Feb. 26 to producers, directors, actors and actresses in a star-studded television show viewed around the world and among the most-watched TV programs in the United States.

As with other recent award shows such as the Golden Globes, some at the gala addressed recent political events, including policies enacted by President Donald Trump in areas such as immigration which have fomented protests.

“I would not be here without immigrants,” DGA President Paris Barclay said in his opening remarks, which elicited a standing ovation.

In addition to film directors, the DGA also handed out television honors. Becky Martin won for best TV comedy direction for “Veep”, while Miguel Sapochnik won the award for TV drama series for “Game of Thrones”.

Directors for both shows won the same categories a year ago.

Steven Zaillian took the prize for television movie or mini-series for the drama “The Night Of”, while directors of “Saturday Night Live” and the 70th annual Tony awards won the variety/talk series and variety/talk specials categories, respectively.