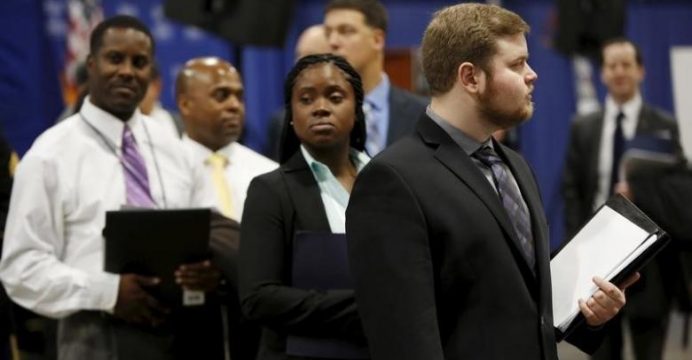 US job creation surged in January﻿

US job creation surged in January while the unemployment rate drifted marginally higher as more people joined the job hunt, the Labor Department reported on Friday.

With hiring up in retail, construction and the financial sector, the economy added 227,000 net new nonfarm jobs during the month, the biggest jump since September. The jobless rate ticked up a tenth of a point to 4.8 percent, reflecting a small increase in the labor force, reports BSS.

The result far surpassed a consensus forecast for 170,000 new positions, although economists have warned in recent days about a possible big upside surprise based on other recent labor indicators.

The new figures, which include the first 11 days of Donald Trump’s presidency, largely confirm the health of the economy he inherited, which has seen a slow but steady recovery from the 2008 financial crisis.

Revisions to the November and December data, which subtracted 39,000 jobs from the originally reported figures, mean the economy created an average of 183,000 new jobs over the past three months.

Trump — who on the campaign trail repeatedly impugned the trustworthiness of the unemployment data — has pledged to create 25 million jobs over the next 10 years, a goal economists say is unrealistic because the economy is already near full employment and the aging workforce will probably grow very slowly.

The labor force participation rate rose 0.2 points to 62.9 percent in January, indicating more people returned to the workforce to search for a job. 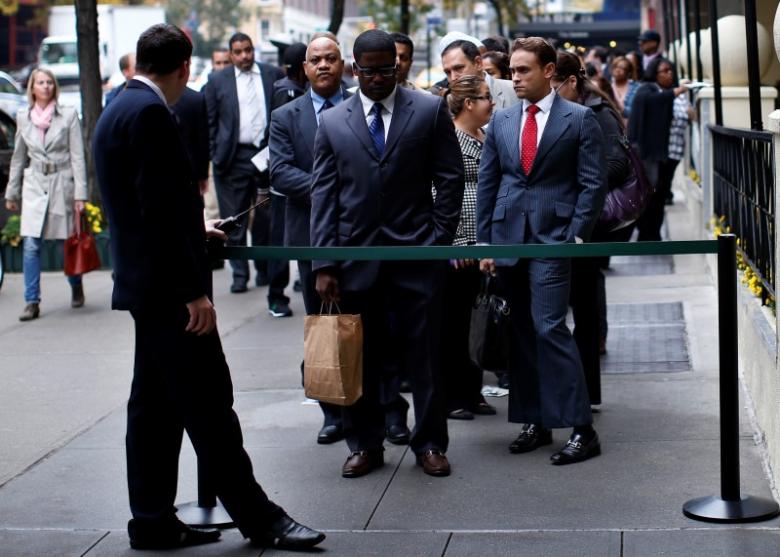 Average hourly earnings were $26.00 an hour, up to a very modest three cents from December. Wages are up 2.5 percent over the last 12 months.

“We believe the trend in employment growth remains more than strong enough to keep the unemployment rate trending down and adding to upward pressure on wage gains,” Jim O’Sullivan, chief economist at High-Frequency Economics, said in a client note.

The US Federal Reserve this week decided to keep interest rates steady, but the central bank will feel more pressure to raise the benchmark federal funds rate to clamp down on inflation as the economy heats up and especially if wages continue to rise.

Still, analysts say it’s difficult to predict when a decision would be made. January’s results were a “mixed bag” for the Fed, making a rate hike next month less likely, says Ian Shepherdson, chief economist at Pantheon Macroeconomics.

“The surge in payrolls will be a real problem for policymakers if it is sustained, but the softness of [average hourly earnings] makes it harder for the hawks to make the case that the threat to core inflation via the labor market is immediate,” he wrote in a note to clients.

Financial activities accounted for 32,000 new positions, with gains recorded in real estate, insurance, and credit intermediation. Restaurants and bars also continued their upward trend, adding 30,000 new positions. Mining and manufacturing, which have both suffered losses in recent months, showed little or no change.

The general picture of unemployment remained largely unchanged, however. The so-called long-term unemployed — those looking for work for 27 weeks or more — numbered 1.9 million, around a quarter of the total jobless population of 7.6 million.

Discouraged workers, or those who believe no jobs are available for them, amounted to 532,000 people in January, little changed from a year ago.

Wall Street finished the day up significantly, buoyed higher both by the strong jobs numbers and new Trump executive actions to ease restrictions on the banking sector.

The Dow gained 0.9 percent while the S&P finished 0.7 percent higher and the Nasdaq rose 0.5 percent to hit a new record.