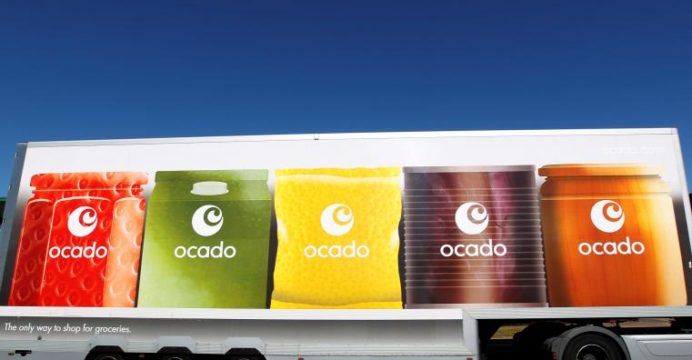 British online supermarket Ocado said it was increasingly confident that it would deliver an overseas technology deal first targeted before the end of 2015.

Partnerships with retailers in north America and western Europe are seen by analysts as the key influence on Ocado’s stock market valuation, but the company has been testing investors’ patience with its failure to clinch a deal, reports Reuters.

Chief Executive Tim Steiner told reporters the firm was “busier than we’ve ever been” having talks with potential clients.

“We remain very confident, in fact our confidence has increased in terms of our ability to sign multiple deals in multiple territories in the medium term,” said Steiner.

Ocado shares were up 7.2 percent at 262.2 pence at 1110 GMT as the market welcomed a 3.3 percent rise in annual core earnings in 2016 and the company’s forecast of sales to grow faster than the overall online market this year.

Ocado is courting international supermarkets to buy its proprietary equipment and software so they can develop their own online grocery operations. Britain leads the way in online shopping and home delivery of the weekly groceries.

Ocado believes the start of operations at its third major “customer fulfillment” or distribution center in southern England last November, using its most advanced equipment and software, should help in negotiations as potential partners can now see what they are buying.

Shares in Ocado have had a rollercoaster ride since listing at 180 pence in 2010. The price took a hit in November when Morrisons, Britain’s fourth largest supermarket extended its relationship with Amazon, offering the online retailer’s customers same-day deliveries of goods from its stores.

Ocado also said it has appointed Luke Jensen, a former Sainsbury’s executive, to a new role of CEO, Ocado Smart Platform, to help accelerate discussions with possible partners. He starts next month. Steiner said he believed Ocado’s investors would be patient.

“Most of our shareholders we know relatively well, they’ve been on board for a period of time. They’re aware of the progress that we’re making, they’re excited about the opportunities,” he said.

Analysts said the arrival of Jensen should help.

“The appointment…will raise hopes that the group can finally get someone to sign on the dotted line,” said George Salmon, analyst at Hargreaves Lansdown.

Ocado, which sells products supplied by upmarket grocer Waitrose [JLP.UL] and also has its own distribution agreement with Morrisons, said it made earnings before interest, tax, depreciation and amortization (EBITDA) of 84.3 million pounds ($105.3 million) in the year to Nov. 27 2016.

That compared to analysts’ average forecast of 85.7 million pounds and 81.5 million pounds made in the 2014-15 year. Retail sales grew 13.6 percent to 1.27 billion pounds, with growth slowing to 13.1 percent in its fourth quarter.

Capital expenditure in 2017 would increase to 175 million pounds, up from 153 million pounds in 2016 and ahead of analysts’ expectations.