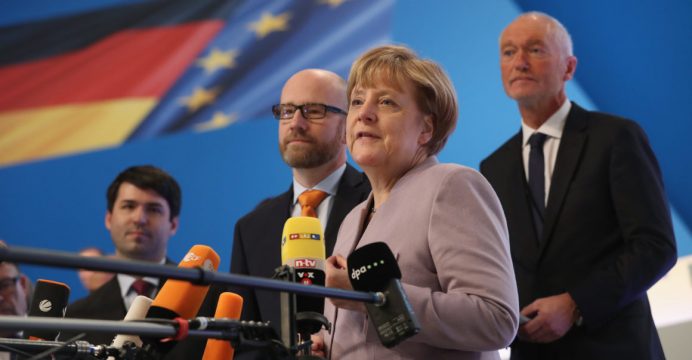 As many Germans would vote for new Social Democrat (SPD) leader Martin Schulz as for conservative Angela Merkel in a direct vote for chancellor, a poll published late on Wednesday showed, eight months before federal elections in September.

The Infratest dimap poll for ARD television, conducted on Wednesday, put both on 41 percent, with support for Merkel down two points from September and for Schulz up five points.

The SPD nominated former European Parliament president Schulz on Tuesday to run against Merkel in the September election after Sigmar Gabriel said he would stand aside to boost the party’s chances. Schulz will officially be appointed leader on Sunday.