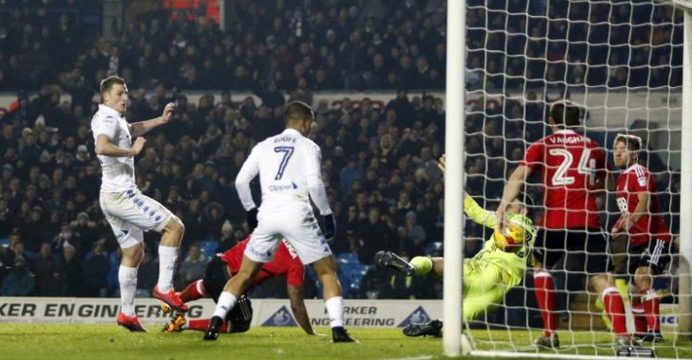 Chris Wood scored his 20th goal of the season as Leeds United went third in the English Championship on Wednesday with a 2-0 victory over Nottingham Forest whose relegation fears intensified.

Wood, who had a goal disallowed in the first half for offside, opened the scoring in the 56th minute when he got away from Michael Mancienne to net his sixth goal in his last four league games.

The hosts doubled the lead with 16 minutes remaining when Souleymane Doukara cracked a thunderous strike into the net from the edge of the area.