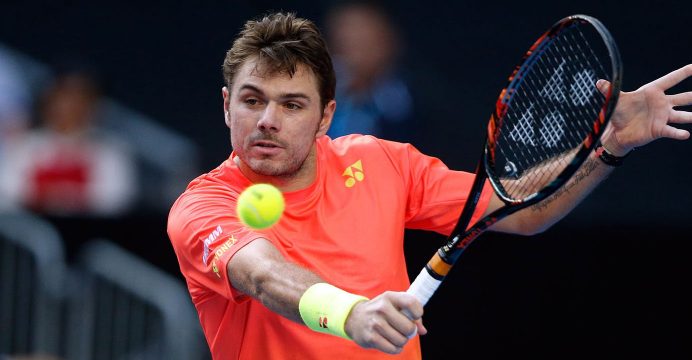 Former champion Stan Wawrinka engaged in a war of words with Jo-Wilfried Tsonga before winning the only argument that mattered on Tuesday, storming into the Australian Open semi-finals with a 7-6(2) 6-4 6-3 win over the Frenchman.

Wawrinka bickered heatedly with the 12th seed during a change of ends after the first set before putting his aggression to better use, wrapping up the one-sided match in two hours and 15 minutes on a sun-bathed Rod Laver Arena.

Fourth seed Wawrinka will battle either compatriot Roger Federer or German giant-killer Mischa Zverev, who face off in the late quarter-final, for a place in the final.

Wawrinka, the 2014 champion, put in his most complete performance of the tournament against Tsonga, sending 41 sweetly struck winners whistling past the out-of-sorts Frenchman, a former finalist but a shadow of his usual energetic self. 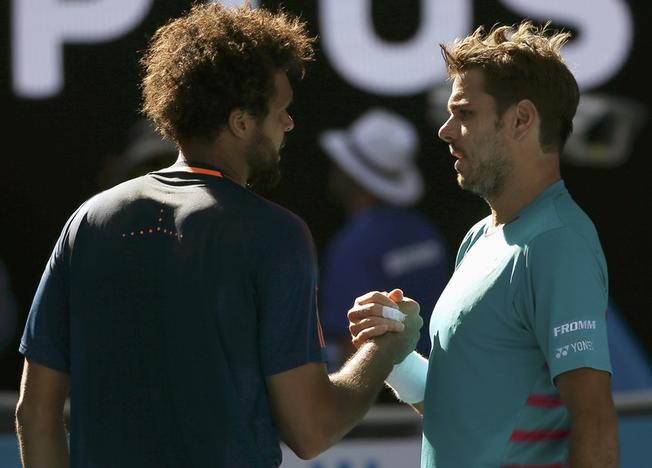 Tsonga put up some stout resistance early in the match but that crumbled in the first set tie break when he elected not to play at a blazing backhand pass.

It landed flush in the corner, giving Wawrinka four set points and Tsonga folded on the first of them.

The pair retired to their chairs between sets and suddenly began sniping at each other.

“What did you say? You’re the one looking at me and talking to me. What are you looking for?” Wawrinka barked at Tsonga in French. “Come on, let it go. Did I look at you once?”

Tsonga’s best response came in the second set when he broke Wawrinka in the seventh game after the Swiss botched a simple volley and hammered another unforced error.

But after Tsonga handed serve straight back, broken to love, tension threatened to boil over again as Wawrinka came forward to smash a winner directly at the Frenchman.

The Swiss waved an apology but Tsonga walked away.

Wawrinka stormed on relentlessly, breaking Tsonga twice more with a display of pure power hitting to take the second set.

Tsonga went a break down quickly in the third but had one last chance to rally when Wawrinka gave up a break point at 4-2.

The Swiss slammed the door shut, however, nervelessly crushing a forehand deep into the corner and then rushing forward to put away the volley.

Within minutes he had three match points, and his third semi-final at Melbourne Park sewn up when Tsonga pushed a defensive lob over the baseline.

While a semi-final against Federer would hold no fear for Wawrinka, he said he was fully aware his compatriot would be the crowd favourite as he bids for an 18th grand slam title.

“It’s going to be tough to have some fans, but hopefully a few will cheer for me,” he said in a court-side interview.