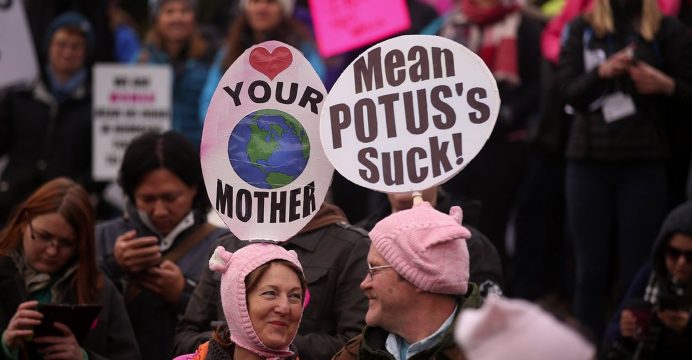 Hundreds of thousands of women filled the streets of major American cities to lead an unprecedented wave of international protests against President Donald Trump, mocking and denouncing the new U.S. leader the day after his inauguration.

Women activists, outraged by Trump’s campaign rhetoric and behavior they found to be especially misogynistic, spearheaded scores of marches in the United States and sympathy rallies around the world on Saturday, reports Reuters. 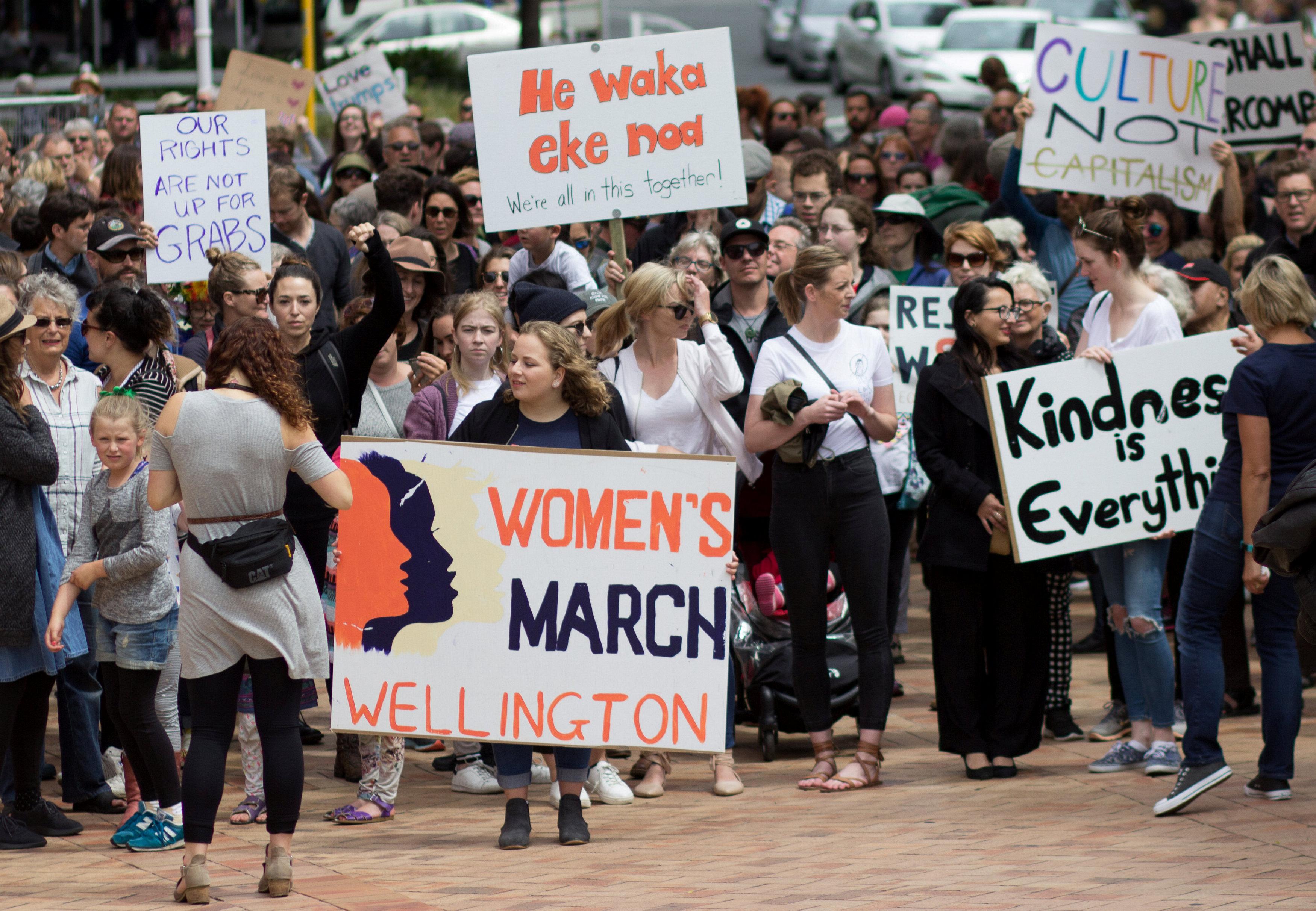 The demonstrations also highlighted strong discontent over Trump’s comments and policy positions toward a wide range of groups, including Mexican immigrants, Muslims, the disabled and environmentalists.

In contrast to the heated, often shrill tone of the presidential campaign, and the grim imagery of “American carnage” Trump evoked in his inaugural address, the mood during Saturday’s protests was largely upbeat, even festive.

Chanting such slogans as, “We need a real leader, not a creepy tweeter,” and “Hey-hey, ho-ho, Donald Trump has got to go,” many marchers wore knitted pink cat-eared “pussy hats” in a reference to Trump’s boast, in a 2005 video made public weeks before the election, about grabbing women by the genitals.

While women constituted the bulk of the demonstrators, many were accompanied by husbands, boyfriends and children.

The planned centerpiece of the protests, a Women’s March on Washington, appeared to draw larger crowds than turned out a day earlier to witness Trump’s swearing-in on the steps of the U.S. Capitol.

No official estimates of the turnout were available, but it clearly exceeded the 200,000 marchers projected in advance by organizers, filling long stretches of downtown Washington around the White House and the National Mall.

So-called Sister March organizers estimated 750,000 demonstrators swarmed the streets of Los Angeles, one of the largest of Saturday’s gatherings. Police said the turnout there was as big or bigger than a 2006 pro-immigration march that drew 500,000.

Some 400,000 marchers assembled in New York City, according to Mayor Bill de Blasio, though organizers put the number there at 600,000.