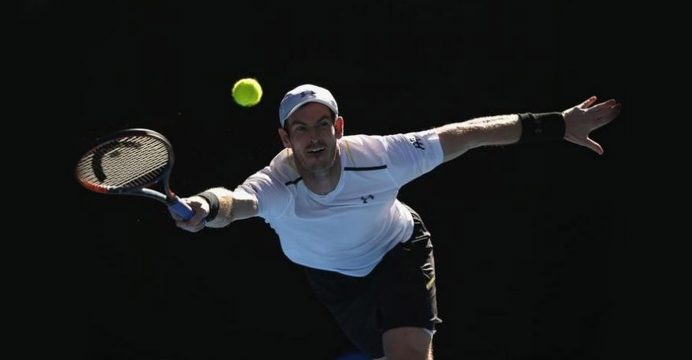 Andy Murray’s hopes of finally getting his hands on the Australian Open title were ended for another year when the top seed and world number one was tied up in knots and flung out of the fourth round by Mischa Zverev on Sunday.

With reigning champion Novak Djokovic having been knocked out in the second round, a grand slam will head into the second week without its top two men’s seeds for the first time since the 2004 French Open.

German Zverev, in the fourth round at a grand slam for the first time after a career ravaged by injury, flummoxed his contemporary with his unorthodox serve-volley game and broke the Wimbledon and Olympic champion eight times over the contest.

The world number 50 was helped by a below-par performance from Murray but thoroughly deserved his 7-5 5-7 6-2 6-4 victory over three and a half hours on Rod Laver Arena, which earned him a quarter-final meeting with Roger Federer or Kei Nishikori.

“He deserved to win because he played great when he was down and also in the important moments,” said Briton Murray.

“(He) kept coming up with great shots, there’s not too much you can do about that. Sometimes you got to say, ‘well played’. It was obviously disappointing to lose. But he did some good stuff out there.”

Murray prides himself on the variety of weapons at his disposal but some, like his lob, deserted him on Sunday, while others were undermined by the lack of pace Zverev offered him to work with.

Zverev served solidly and came up with 52 winners, charging the net 118 times and breaking the world number one five times in the first two sets alone.

“Honestly, I was in a little coma, just serve and volleying my way through,” said Zverev.

“There were some points I don’t know how I won. But somehow I made it.”

He served up his first ace to take the first set but Murray recovered to bring the match back to parity with a backhand winner down-the-line on his fifth set point in the second.

If the Scot thought he was on his way out of the woods he was wrong, however, and Zverev broke him for a sixth time to take a 3-2 lead in the third, and again for 5-2 before serving out the set when Murray dumped a backhand into the net.

An eighth break early in the fourth set triggered serious alarm bells among the large British contingent on Rod Laver Arena but despite their exhortations, Murray was unable to fight his way out of his funk.

There were some nerves as Zverev served for the match – he netted one straightforward overhead – but he recovered his composure to go through to the quarter-finals when Murray sent a forehand long.

“I got excited,” Zverev added. “It was easy to stay aggressive but it was definitely tough to stay calm … I was surprised at how I managed to get so many first serves in.

“It means the world to me and it means a lot that my family is here and my box is full.”

Zverev sat in the same box on Saturday watching his 19-year-old brother Alexander, tipped by many to be a future grand slam champion, lose over five sets to Rafa Nadal.

It will now be the 29-year-old older sibling, however, who will take the family name into the final week of a grand slam for the first time.

Murray, who has lost five finals at Melbourne Park, four of them to Djokovic, said he would be back.

“I’ve had tough losses in my career in the past,” he said. “I’ve come back from them. This is a tough one (but) I’m sure I’ll come back okay from it.”