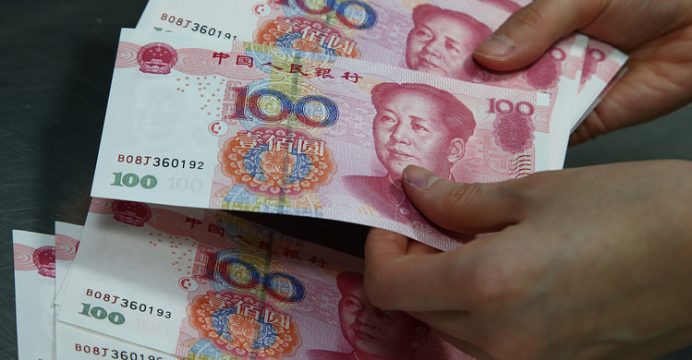 China’s yuan strengthened against the dollar on Friday, but was on track for its biggest annual loss since 1994, which would make it the worst performing major Asian currency this year.

The yuan, which has reached an 8-1/2 year low, was on course to shed nearly 7 percent against the dollar in 2016, reports Reuters.

UK-based Fathom Consulting said if globalization is thrown into reverse next year and China’s dependence on exports is laid bare, “its policymakers have little option but to quicken the pace at which they allow the renminbi (yuan) to appreciate.” 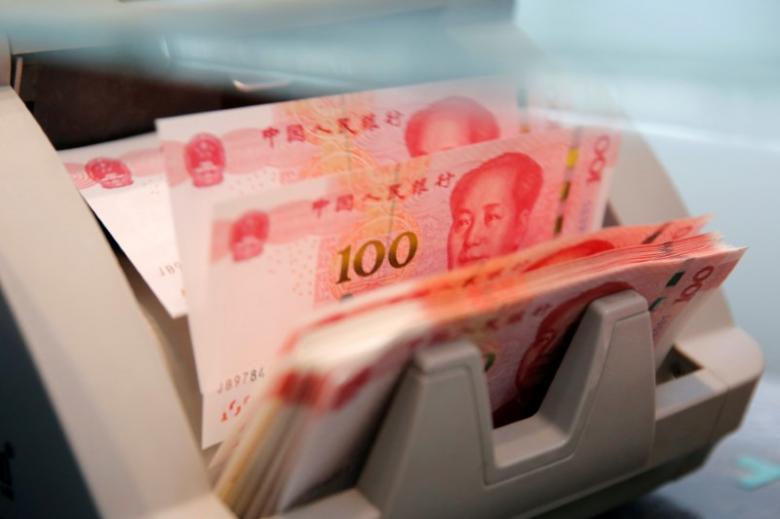 Chinese 100 yuan banknotes are seen in a counting machine while a clerk counts them at a branch of a commercial bank in Beijing, China

In 2016, the yuan has been pressured by worries about slowing Chinese economic growth and more recently by a resurgent U.S. dollar, which has spurred capital outflows from many emerging markets.

Prior to the market opening on Friday, the People’s Bank of China set the yuan’s midpoint rate for the day’s trading at 6.9370 per dollar, much firmer than Thursday’s fix of 6.9497.

The stronger guidance rate came after a fall in the dollar on global markets. A gauge of dollar strength against six other currencies fell to its weakest level in more than two weeks. The figure stood at 102.47 after touching a low of 101.99.

China takes the official market closing price at 4:30 p.m Shanghai time. (0830 GMT) into consideration when it fixes the official guidance rate, in an effort to let market forces play a bigger role in determining the yuan’s value. The market also has an evening session lasting until 11:30 p.m.

A trader at a foreign bank in Shanghai said trade was calm on the year’s last business day, but he saw more uncertainty ahead. The yuan “may be more volatile next year” after changes to how a key index will be calculated, he said.

While moves would still mostly depend on changes in the U.S. dollar, “newly-added currencies like the South Korean won will create some noise,” the trader predicted.

Late on Thursday, China announced a near-doubling of the number of foreign currencies in the basket used to set the yuan’s value.

The U.S. dollar’s weight will be reduced to 22.4 percent from 26.4 percent and the euro’s to 16.34 percent from 21.39 percent, the China Foreign Exchange Trade System (CFETS) said. Traders noted that authorities adopted a different approach toward the yuan at the end of this year.

“The central bank was more inclined to release depreciation pressure on the yuan this time last year, when they loosened their grip on the spot rate and let the currency weaken to elevate the dollar purchase cost for those who want to swap yuan for dollars at the beginning of the next year,” said one trader at a Chinese bank.

“But this time, authorities want to stabilize the currency as they are afraid of triggering stronger expectations of depreciation,” he said.

China’s authorities have rolled out policies over the past two months to tighten its grip on capital outflows after a slide in the yuan, which was down to hit 8-1/2 year lows. The offshore yuan was trading 0.37 percent weaker than the onshore spot at 6.9755 per dollar.