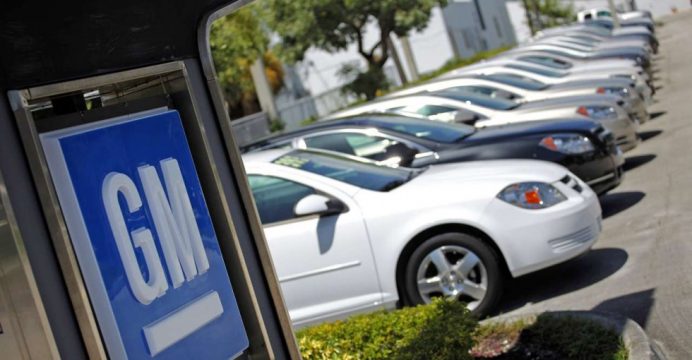 “GM fully respects local laws and regulations wherever we operate,” the U.S. automaker said in an emailed statement. “We will provide full support to our joint venture in China to ensure that all responsive and appropriate actions are taken with respect to this matter.”

A man walks past Cadillac cars outside a dealership in Beijing

SAIC did not immediately respond to a request for comment. The fine follows comments by U.S. President-elect Donald Trump questioning the “One China” policy and his naming of Peter Navarro, a hardliner on trade with China, as a trade adviser, although there is no evidence that a penalty is a form of retaliation.

An official at the National Development Reform Commission on Dec. 14 told state-owned China Daily that the commission would fine a U.S. automaker for monopolistic behavior, sending GM and Ford Motor Co shares skidding.

Auto industry sources have told Reuters the investigation was already underway before Trump’s recent comments, although it has raised fears that China could be seizing on the case to send a shot across the bow of the incoming U.S. administration.

The penalty is the latest against automakers after the commission began investigations in 2011, with Audi AG, Daimler AG’s Mercedes-Benz, Toyota Motor Corp, and one of Nissan Motor Co Ltd’s joint ventures previously being targeted.