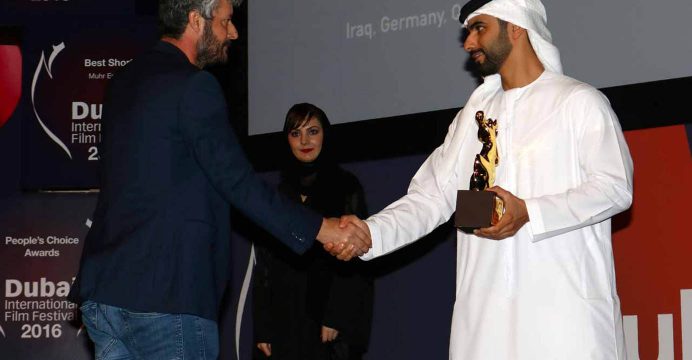 A Kurdish Iraqi film depicting the ordeal of a Yazidi girl taken hostage by the Islamic State jihadist group won best feature at the Dubai International Film Festival on Wednesday.

In “The Dark Wind”, Kurdish director Hussein Hassan tells the tale of Pero and her fiance Reko, a young Yazidi couple preparing for their wedding when IS fighters attack their village.

Young Yazidi girls including Pero are abducted and sold into slavery but Reko who works as a security guard at an American oil firm escapes the attack.

Devastated, he sets off in search of his fiancee and his family.

The 92-minute feature an Iraqi-German-Qatari co-production made its regional premiere at the glitzy emirate’s annual cinematic event.

It vied against 17 other films in the main competition of the festival, which screened more than 150 titles from 55 countries this year.

The Dubai event has become a major regional showcase for films from the Arab world, especially after a festival in its sister emirate Abu Dhabi ended two years ago.