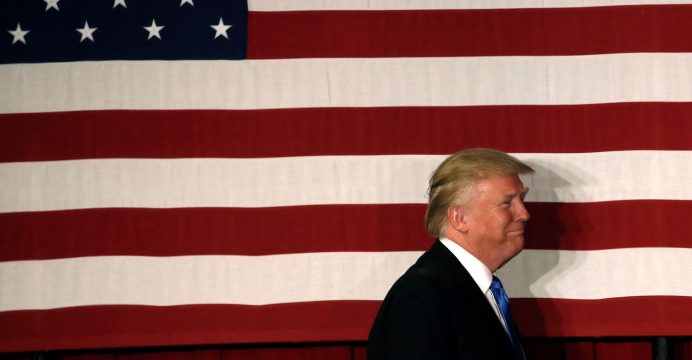 Trump risks blame for an attack if he skips briefings, Ex-CIA chief says

Former CIA director Leon Panetta said on Wednesday that President-elect Donald Trump risked being blamed after any potential attack on the United States if he refused to receive more regular intelligence briefings.

U.S. officials told Reuters that Trump is receiving an average of one presidential intelligence briefing a week – far fewer than most of his recent predecessors – but that his deputy Mike Pence gets briefings around six days a week.

In an interview with Fox News on Sunday, Trump said he found the intelligence briefings repetitive and that he already understood potential threats, reports Reuters.

“You know, I’m a smart person. I don’t have to be told the same things in the same words every single day for the next eight years,” Trump said.

Panetta said Trump should heed the view of U.S. intelligence agencies that Russia had interfered in the presidential election through cyberattacks.

“When it comes to Russian interference in our last campaign, 17 intelligence agencies agree that Russia is involved in that effort. I think the President would do well to say we ought to find out what Russia’s role was, we ought to investigate it and ensure that it never happens again.”

The CIA reportedly believes Russian hacking was aimed at boosting Trump’s candidacy – an assessment not shared by the FBI, which along with other U.S. agencies has concluded that Russian cyberattacks sought generally to undermine the election.