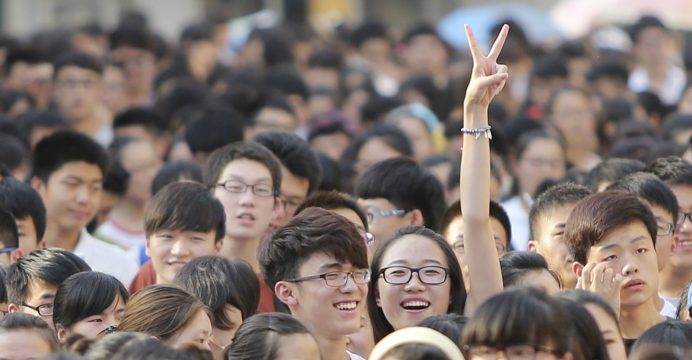 How millennials are changing the way China thinks about money

Ma Yiqing, 24, is typical of China’s younger generation – he uses his credit card frequently and borrows from online platforms to fund his shopping habits. In a pinch, he is happy to fall back on a lender closer to home – his mum and dad.

Interviews with Ma, a single-child, his mother and grandmother, show how rapidly attitudes toward credit are changing as the millennials generation – roughly those aged between 18 and 35 – embraces debt like never before. The frugal attitude of previous generations produced the bedrock of China’s credit worthiness – household savings equal to some 50 percent of GDP, one of the highest levels globally, reports Reuters.

Ma and his cohorts are changing that equation. Their willingness to borrow has driven up household lending – the fastest growing area of China’s debt. They are among the most indebted of their peers in Asia, taking on debt 18.5 times their income, significantly higher than their parents’ generation, a report from insurer Manulife shows.

While their spending and borrowing is an opportunity for lenders, brands and economic growth, it is also a risk as they add to China’s fast-growing debt.

Right now, Ma has a safety net – well-heeled and doting parents who can pick up the tab. He lives in a one-bed flat in Lhasa, the capital of China’s Tibet region. His parents are in nearby Shannan.

“I’ll generally turn to mum and dad. They’ve always been able to help me financially,” said Ma. In May, he asked his parents for financial support to open a restaurant. “I just need to ask and they’ll give me (money).”

Parents paying off the credit card bills of their millennial children is not unusual in China, but it could have ramifications, said Rui Yao, an associate professor in personal finance at the University of Missouri.

“They don’t see the consequences of not paying. The thinking is ‘my mom has it covered'”, she said. “They’re not prepared for an economic downturn for sure.”

The next generations may not be so lucky either. They will have to support longer-living parents and potentially more children as China relaxes its one-child policy. China’s aging population is already shrinking, which means greater financial pressure on those working to support those who are not.

This is a far cry from his parents’ generation. Ma’s mother, who is 49, only started using a credit card three years ago.

“They couldn’t spend on overdraft, so they really didn’t squander any money,” he said.

The gap is clear: consumer credit is up nearly 300 percent over the last six years alone, hitting around 23.5 trillion yuan ($3.41 trillion) in October.

This is set to more than double over the next five years to nearly 53 trillion yuan, according to consultancy Mintel.

“The young generation today has a totally different attitude to my generation,” said Ma’s grandmother, Wei Chunyin, 76. She grew up in the 1960s and said she was in debt just once – for 100 yuan, the equivalent today of $14.50.

“We were very economical and hardworking,” she said. “Clothing was just to wear, and we wouldn’t even really eat snacks, just food from our unit,” she said, referring to her workplace.

GROWING FORCE Ma’s generation is the first in China’s modern history to be raised in relative prosperity and social stability.

They are better educated and already more affluent than their elders. Boston Consulting Group and AliResearch said they are expected to drive 65 percent of consumption growth until 2020, when they will make up around 53 percent of total consumption spending, up from 45 percent now.

“Understanding their mindset is critical and anybody ignores them at their peril,” Yum China Holdings Inc  head Micky Pant said in an interview.

Their potential has not been lost on the banks, with some specifically targeting them for loans.

“Internally our appraisals are skewed toward the young consumer groups. For example, front-line sales staff get a bonus 1.3 times the normal level if they sign a young customer,” said a banker in the credit card department of China Merchants Bank, a leading credit card provider.

“So everyone is out looking for youngster to sign up.”When asked about the strategy, CMB said it has many credit card products that are welcomed by young people.

Bankers said lenders often know millennials have doting parents to fall back on in a pinch.

“Taking a darker read on it, the parents of the post-90s generation – who were born in the 60s or 70s – haven’t yet retired, and are financially pretty secure,” said a debt collector in the credit card department of a listed city bank.

Like other parents in China, Ma’s mother and father, a nurse and government officer at the local Meteorological Administration respectively, are resigned to supporting their son financially for now – even if he defaults.

Ma’s mother, Zhen Yinchun, said that when she was young she saved around one-third of her income because there was little to spend it on, in contrast to her son. It is a running joke in the family whether Ma will return any money he has borrowed, she said.

“I’ll say it’s a loan and he’ll agree. But up to now he’s never paid anything back,” she said.