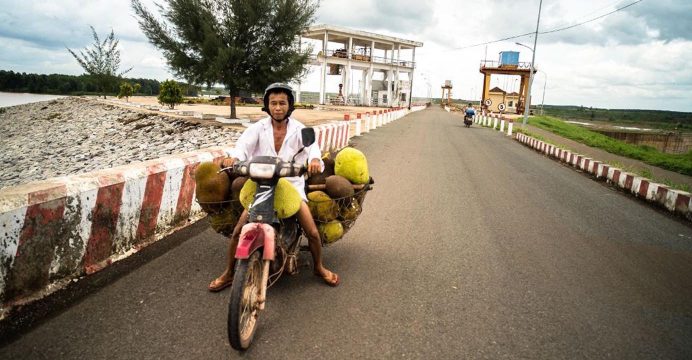 ADB to support development of 5 border provinces in Viet Nam

The project is in line with the Cambodia-Lao People’s Democratic Republic (Lao PDR)-Viet Nam Development Triangle Area’s (CLV-DTA) objectives of efficiently facilitating the flow of goods, people, and investment while accelerating economic growth within VDTA provinces.

“Development efforts are more effective and efficient if we work together,” said Arto Ahonen, Senior Transport Specialist at ADB’s Southeast Asia Regional Department. “This project’s road investments will expand economic opportunities to benefit everyone, with the tourism component benefiting the poor, especially ethnic minorities and women.”

Despite being the largest agricultural producer in the CLV-DTA, the five target provinces still face development challenges due to slow growth, widening inequalities, and low competitiveness. Transport connectivity within the VDTA provinces and across borders with Cambodia, Lao PDR, and Viet Nam are inadequate and compounded by a lack of capacity to design and implement development strategies while improving critical infrastructure.

Ethnic minorities make up a third of the over 5 million total population of the five VDTA provinces. Due to limited access to economic and social opportunities, these communities have an average poverty rate of 19% against the national average of about 6% for all ethnic groups.

Enhancing the tourism sector and facilitating trade will be key to helping these communities. The project will directly benefit about 225,000 people, including 12,400 ethnic minority beneficiaries of tourism subprojects.

The project will upgrade 236.7 kilometers (km) of national and provincial roads at the 5 provinces, as well as 26.6 km of strategic roads linking VDTA to border crossings with Cambodia and Lao PDR. As well as boosting trade and transport, the project will enhance road safety-awareness among at least 32,000 vulnerable road users by the time of its estimated completion at the end of 2022.

An action plan will also be prepared to incorporate gender, ethnic minority, climate change, and environmental aspects into the project outcomes.