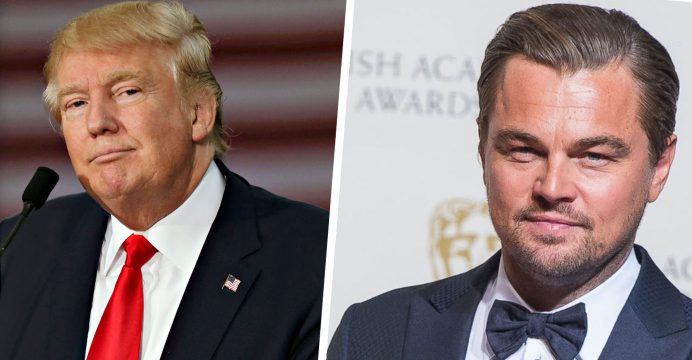 Terry Tamminen, chief executive of the Leonardo DiCaprio Foundation, said in a statement he and the Hollywood star presented the Republican property tycoon, his daughter Ivanka and other aides with a plan to unleash “a major economic revival” through investments in sustainable infrastructure, reports BSS.

“Our conversation focused on how to create millions of secure, American jobs in the construction and operation of commercial and residential clean, renewable energy generation,” Tamminen added.

A long-standing environmental champion and a noted supporter of Democrat Hillary Clinton, DiCaprio recently made the climate-change documentary “Before the Flood” and spoke about the issue during his acceptance speech for winning an Oscar in February.

The actor reportedly gave Trump the documentary at the 90-minute meeting at Trump Tower, New York, having previously presented Ivanka with a copy.

Trump announced on Thursday he had tapped Oklahoma Attorney General Scott Pruitt, criticized as a climate-change denier and a staunch fossil-fuel ally, to head the Environmental Protection Agency.

Opponents pointed out that Pruitt has spent much of his time as Oklahoma’s top law enforcement official battling the very agency he is now being nominated to lead.

Pruitt’s own official biography highlights his role as “a leading advocate against the EPA’s activist agenda” and he has sued the organization on behalf of Oklahoma utilities.

Ahead of his surprise win in the November 8 election, Trump vowed on the campaign trail to dismantle domestic regulations for curbing carbon-dioxide emissions which, he claimed, put US companies at a competitive disadvantage.

Trump has called climate change a “hoax” and vowed to withdraw the United States, the world’s second-largest greenhouse-gas polluter after China, from the Paris global climate accord signed in 2015 by 192 countries.