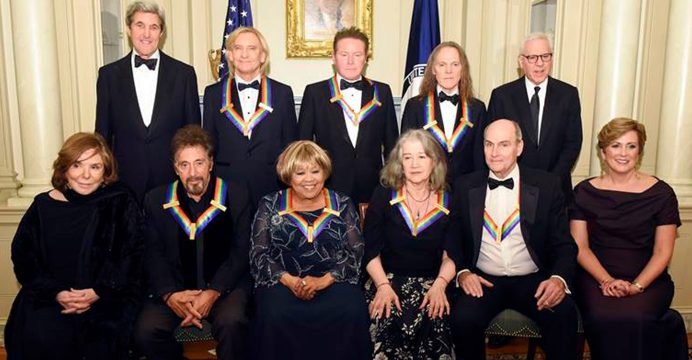 It was a bittersweet moment, with Obama making one of his final goodbyes to celebrated artists as president.

The first couple received an extended standing ovation as they entered the Opera House of the Kennedy Center, a monument to the late president John F. Kennedy. 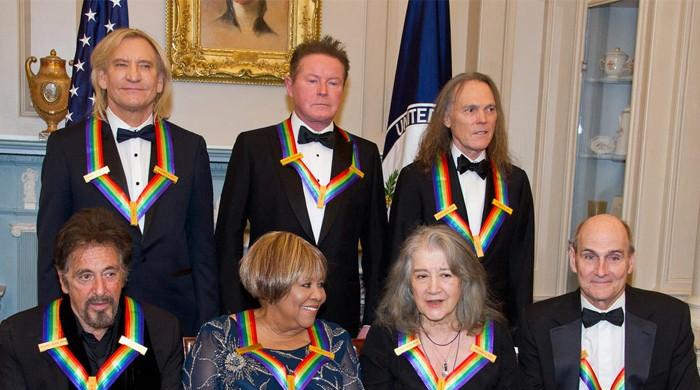 “This is a joyous day. It’s the best Christmas present!” Staples told AFP on the red carpet about receiving a Kennedy Center Honor, considered the nation’s highest recognition for performing artists, just before Obama leaves offices.

At 77, Staples lives up to the maxim that age is only a number. “People ask me, ‘Mavis, when are you going to retire?’ Retire for what? I love what I’m doing and I intend to sing until I can’t sing no more, forever,” she said.

Sean Penn, Garth Brooks, Aretha Franklin, Kevin Spacey and Ringo Starr were some of the A-listers who serenaded and hailed the legacy of the award recipients during the star-studded performance hosted for the third consecutive year by late night talk show host Stephen Colbert.