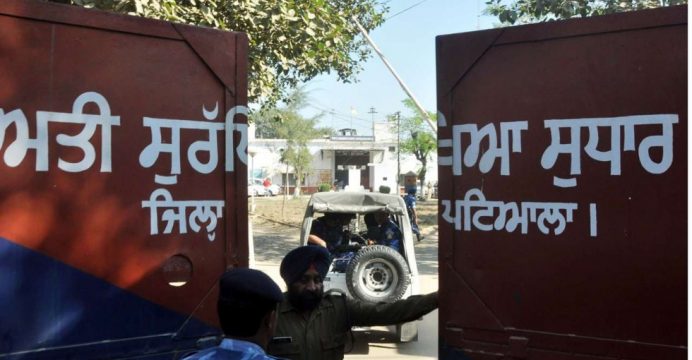 At least 10 armed men disguised as policemen attacked a high-security prison on Sunday and freed a top Sikh militant commander and four others in India’s Punjab state, officials said.

The attackers traveled in cars and stormed Nabha Jail after stabbing a guard at the main gate and firing rounds of live ammunition before fleeing with the inmates, reports BSS.

“We have sounded an alert in the state and formed special teams to nab them,” H S Dhillon, Punjab director general of police for law and order, told AFP. 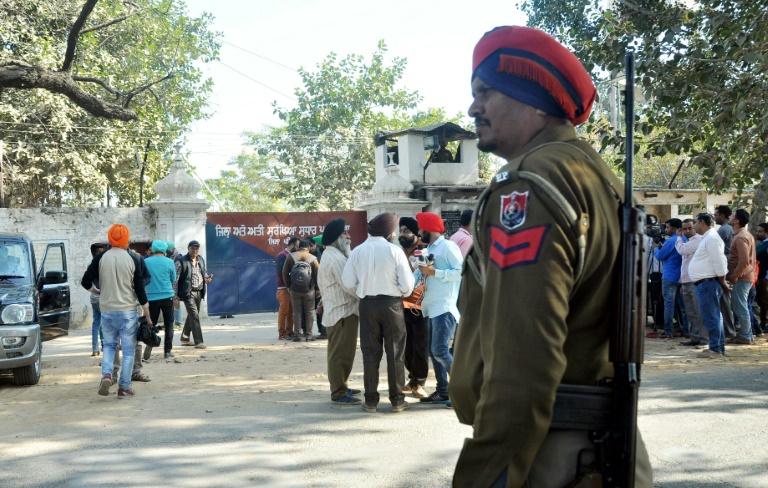 An Indian police officer stands near the gate of the Nabha maximum-security prison in Punjab state on November 27, 2016

Two more guards were injured in the attack in Patiala district. Police identified one of the fugitives as Harminder Singh Mintoo, chief of the Khalistan Liberation Force (KLF)- a militant group fighting for a separate Sikh homeland in Punjab.

Mintoo was arrested in 2014 and is on trial for “terror attacks and funding”.

The four others are part of a local criminal gang and were on trial for murder. Unconfirmed local media reports said the attackers numbered around 20 and that six prisoners had escaped in the attack.

A senior police officer said the swift assault took guards by surprise as the attackers moved quickly through the complex, indicating they knew the jail layout.

“We are trying to figure out the connection between the gangsters and the militant leader. Did he flee by fluke?” the officer told AFP on condition of anonymity.

Four officals, including the Punjab prison chief and jail superintendent, have either been suspended or sacked because of the jailbreak, authorities said.

A reward of 2.5 million rupees ($36,000) has been offered for information on the escaped prisoners. Punjab was in the grip of insurgency for almost three decades since the 1970s after several Sikh groups launched an armed campaign for an independent Sikh country.

The violence peaked following the 1984 storming of the holiest shrine in Sikhism – Amritsar’s Golden Temple – by the Indian army to flush out armed militants.

The military operation angered Sikhs, resulting in the assassination of Indian Prime Minister Indira Gandhi by her Sikh guards and thousands of Sikhs taking up arms to avenge the sacrilege.

More than 20,000 people, mostly civilians, had died by the late 90s, when armed militancy ebbed in Punjab. But several Sikh groups remain committed to the Khalistan movement and dozens of alleged militants remain imprisoned.

Last month eight Islamists awaiting trial escaped a prison in Madhya Pradesh state before being gunned down hours later in a shoot-out, which many allege was staged by police.