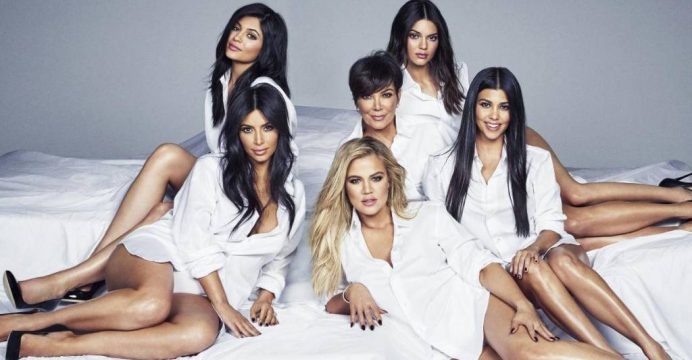 Kourtney and Khloe Kardashian picked up an honor for their late father in New York on Monday but sister Kim pulled out of the event to tend to her rapper husband Kanye West.

The reality TV sisters and their mother, Kris Jenner, were attending the Gabrielle’s Angel Foundation for Cancer Research yearly fundraiser.

“It’s such a lovely event that Kim usually comes to. Khloe and I have never been. So we’re really excited and cancer is something that’s really near and dear to our hearts,” Kourtney Kardashian told reporters on the red carpet.

Attorney Robert Kardashian Sr. died in 2003 just two months after being diagnosed with esophageal cancer. He was honored on Monday with an award recognizing his philanthropic contributions during his lifetime, reports Reuters.

Jenner presented a check to the foundation for $250,000 from all of her children.

“We’ve been coming to the event for a few years and it’s been one of the most rewarding things that we do on an annual basis,” Jenner said.

The foundation was set up by songwriter Denise Rich and is named after her daughter, who died 20 years ago.

Kim Kardashian had been expected to make her first public appearance since being robbed at gunpoint in Paris in early October. But she pulled out after West was hospitalized in Los Angeles for exhaustion.