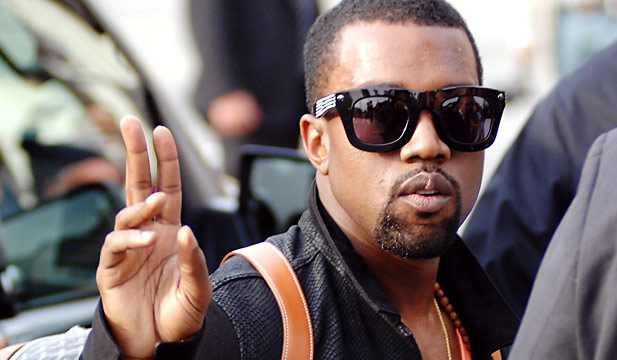 Kanye West said to be in spiritual crisis [VIDEO]

Rapper Kanye West was reported on Tuesday to be undergoing a spiritual crisis after being hospitalized for exhaustion following the cancellation of the remainder of his U.S. tour.

West’s reality star wife, Kim Kardashian, pulled out of an expected appearance in New York on Monday night to be with her husband, who was taken to a Los Angeles hospital after police responded to a call for help, U.S. media reported.

Representatives for the 39 year-old musician did not return calls for comment on Tuesday on how long West was expected to remain in the hospital. He was hospitalized after a series of rants and concert cancellations in California last week.

A source close to the “Jesus Walks” singer told People magazine on Tuesday that West was dealing with exhaustion and sleep deprivation as well as a wider spiritual crisis.

“He feels like he’s under spiritual attack, and has been for a while,” the source told People.

“Sometimes, darkness creeps in, and Kanye wrestles against it. He talks about that a lot. It’s exhausting, and it takes everything he’s got. He’s just so tired now; he’s very low energy and feels like there’s a grieving in his spirit. It’s very hard to explain, but something has happened recently, where he’s not the ‘Ye that everyone knows,” the source added.

His mother-in-law, Kris Jenner, told celebrity outlet Extra on Monday night that the singer was “just really tired. He’s had a grueling tour and it’s been a grind, so he just needs to rest.”

“Praying for Kanye. Praying he has the right energy surrounding him during this time. Sending peace and love,” singer and actress Janelle Monae posted on Twitter.

Actor Marlon Wayans tweeted “And I hope u all pray for @kanyewest too. He’s not just an artist but he’s a father, a son a husband and above human. Get well soon.”