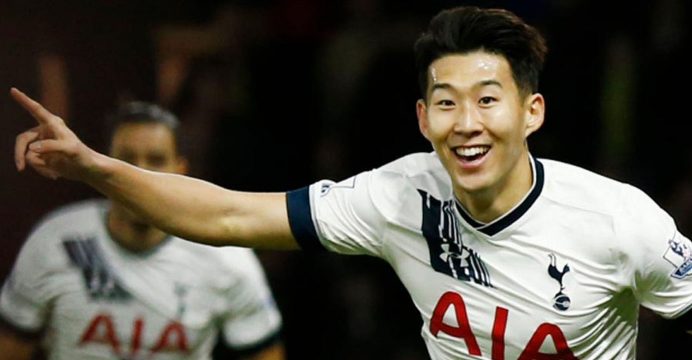 Son Heung-min has struggled to maintain the form that saw him named Premier League player of the month for September but the Tottenham Hotspur striker says his mental strength will be key in South Korea’s World Cup qualifier against Uzbekistan.

South Korea host Canada in a friendly in Cheonan on Friday before taking on the Uzbeks four days later in Seoul.

The Koreans are currently third in their group on seven points from four games in the final Asian qualifying round of the 2018 World Cup. Iran top the group on 10 points with Uzbekistan a point behind.

“It’s true that I’ve struggled after winning the award because of an ankle injury,” Son, who has scored 17 goals in 51 matches for South Korea, told reporters before national team training at Seoul World Cup Stadium on Tuesday.

“But it’s not just me; the whole team is having a difficult time. With the national team, your strong mindset matters more than your form. I came here to win,” he added.

Son has gone seven games without a goal in England and the 24-year-old’s lean spell has coincided with Tottenham’s slump in form. The north London club are on a seven-game winless run in all competitions.

“We know the importance of the match (against Uzbekistan),” he said. “Uzbekistan are a good team and that’s why they are in the second place,” Son said.

“There are no easy opponents in the final round, so we’ll have a difficult game against Uzbekistan,” he said. “We know we can take better position with a win, so we will prepare thoroughly.”