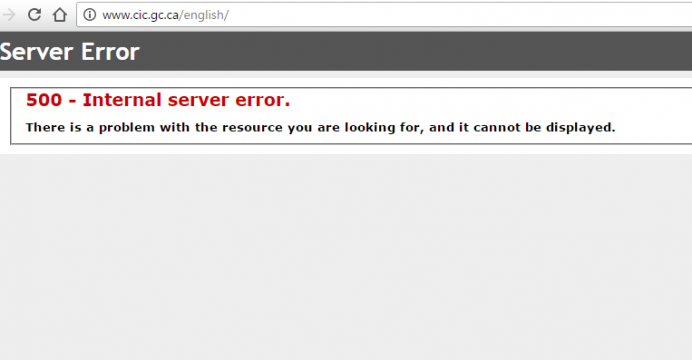 Canada’s immigration website has suffered an intermittent fault that made it inaccessible to visitors during the US election vote. Officials have confirmed that the cause was a higher than normal level of traffic.

It has been suggested this may have been caused by US citizens exploring their options following Donald Trump’s victory. The tycoon confounded polls predicting he would lose to Hillary Clinton, reports BBC.

“The Government of Canada is committed to secure and reliable IT infrastructure to‎ ensure high-quality services to all users,” a spokeswoman told the BBC. 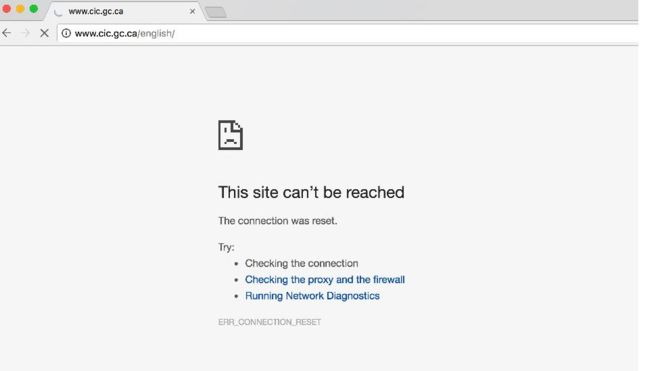 “The Immigration, Refugees and Citizenship website became temporarily inaccessible to users as a result of a significant increase in the volume of traffic.

“Shared Services Canada worked through the night and continues to work to resolve the issue to ensure that the website is available for users as soon as possible.”

The issue is not the only glitch linked to the US elections. Officials were unable to access Colorado’s voter registration database for about half an hour on Tuesday afternoon. 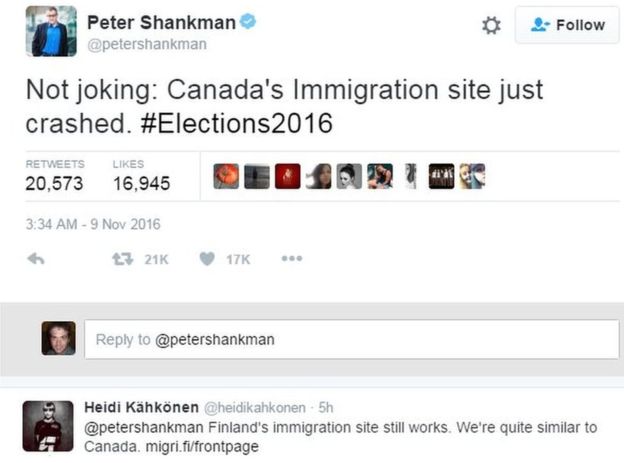 “Clerks can’t process mail ballots that need to have the signature verified,” tweeted Lynn Bartels, spokeswoman for Colorado’s secretary of state, at the time, adding that in-person votes also had to temporarily be treated as being “provisional” while the fault endured.

“Unfortunately our system goes down now and then,” she said.

North Carolina’s State Board of Elections was also forced to switch from using an electronic voting check-in system to a paper-based one at several of its precincts after experiencing “technical problems”.

It later reported a delay in uploading about 93,000 of its voting results before solving the problem. There were also unverified claims that some machines had switched votes for one candidate for another.

“The machines, you put down a Republican and it registers as a Democrat, and they’ve had a lot of complaints about that today,” Donald Trump told Fox News.

However, officials had blamed earlier reports of such problems on “user error”. Elsewhere, the Verge has reported that a company that had provided a get-out-the-vote telephone and texting service to the Clinton campaign had suffered a cyber-attack causing “brief periods of unavailability”.

The news site reported that members of the 4chan chat site had said they had intended to carry out a denial-of-service attack – which involves flooding a target with internet traffic – which might have been responsible.

Meanwhile, Bloomberg has acknowledged “an internal issue” caused its instant messaging tool to stop working for about an hour on Tuesday morning. The service is used by financial traders and money managers to discuss market-moving events.